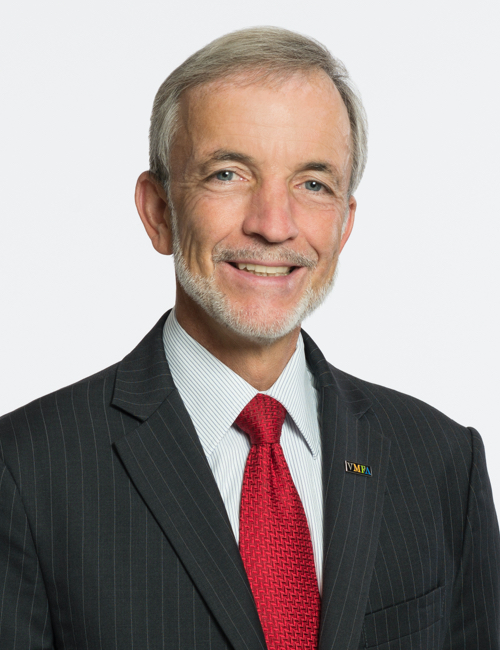 Monumental Achievement: Through his nearly 40 years as a museum director, Alex Nyerges has helped make art more accessible to the community. In his current role as director and chief executive officer of the Virginia Museum of Fine Arts—ranked as one of the top 10 comprehensive art museums in the country—Nyerges has developed initiatives to make the museum more diverse and inclusive. His work has been widely recognized including with the Chairman’s Award from the Richmond Metropolitan Convention and Visitor’s Bureau and the French Knight in the Order of Arts and Letters (Chevalier de l’Ordre des Arts et des Lettres). The Richmond Times-Dispatch honored him as a top 10 person of the Year in 2015 while Style Weekly named him to its “Power List” for Arts and Culture in 2017.

"My undergraduate years were impactful and formative. It was during my junior year I determined that I was not destined to be an archaeologist. Instead, I set my goal to be the director of an art museum. Aesthetics mattered greatly. My graduate program, museum studies, was brand new when I enrolled. No one had yet even graduated from the program. It provided me the grounding to enjoy a nearly 40-year-long career as an art museum director. Today, I am director of one of the 10 largest and most important encyclopedic art museums in the United States."

Now in his fifteenth year as director of the Virginia Museum of Fine Arts (VMFA), Alex Nyerges is responsible for leading one of the nation’s top 10 comprehensive art museums with exciting and far-reaching strategic initiatives that have transformed the institution, making it more accessible, diverse and inclusive.

Nyerges, who has nearly 40 years of experience as an art museum director, went to VMFA from the Dayton Art Institute, where he was director and CEO from 1992 to 2006. Before his tenure in Ohio, Nyerges was the executive director of the Mississippi Museum of Art in Jackson from 1985 to 1992, a position he also held at the DeLand Museum of Art in Florida from 1982 to 1985.

A native of Rochester, New York, he graduated from George Washington University in Washington, D.C., in 1982 with a master’s degree in museum studies. His 1979 undergraduate degree is from the same school with a double major in American studies and in anthropology/archaeology.

As well as writing and lecturing widely on photography, Nyerges curated such exhibitions as "Edward Weston: A Photographer’s Love of Life" (2004), a major retrospective that traveled nationally, and "In Praise of Nature: Ansel Adams and Photographers of the American West" (1999), which also traveled nationwide. He is currently curating an exhibit on the legacy of Hungarian-American photographers of the 20th century. "American, born Hungary", will debut in 2023 accompanied by a book of the same title that he is co-authoring.

Among the many other exhibitions he has organized are "Glory of the Silk Road: Art from Ancient China" and "Eternal China: Treasures from Ancient Xi’an," two major traveling exhibitions of art and artifacts from regional museums throughout China. In 2015 and 2017, Nyerges’ own photography was the subject of two solo exhibitions, "Chasing the Light" and "Chasing the Light II" at Glavé Kocen Gallery in Richmond. His work was also featured in a solo exhibition at the Cosmos Club in Washington, D.C., beginning in 2018.

Nyerges has been a member of the Association of Art Museum Directors since 1989 and serves on the mentoring task force committee. He is a former member of the board of trustees and past program chair for the organization. As a member of the American Alliance of Museums, he has served as an accreditation field reviewer. At the Virginia Center for Creative Arts in Amherst, Va., Nyerges served on the board of trustees, chair of the audit committee, and former chair of the strategic planning committee from 2009—2019. He is an executive committee member of the French American Museum Exchange (FRAME), a formal collaboration of museums comprising 16 cities in France and 16 museums in North America. In Washington, D.C., Nyerges served on the art committee of the board of management at the Cosmos Club as well as a board member at the George Washington University Museum and The Textile Museum.

In Richmond, Nyerges is a member of the Forum Club, has served as an advisory board member of the Asian American Society of Central Virginia, the Mayor’s Richmond Real Estate Task Roundtable and co-chair of the Mayor’s Tourism Commission, the Armory steering committee at the Black History Cultural Museum, and the Chamber of Commerce Capital Regional Collaborative. He is also an affiliate graduate faculty member at Virginia Commonwealth University.

In May 2011, Nyerges was presented the chairman’s award by the Richmond Metropolitan Convention and Visitor’s Bureau for his role as the driving force behind a major expansion, a grand re-opening, and for bringing the exhibition "Picasso: Masterpieces from the Musée National Picasso Paris" to VMFA. In September 2012, he was awarded "The Randolph-Macon College Award for Achievement in the Arts" established by the College’s Arts Council to recognize individuals who have made significant contributions to Virginia’s cultural landscape. At the 2014 FRAME Annual Conference in Dijon, France, Nyerges was presented the rank of Knight in the Order of Arts and Letters (Chevalier de l’Ordre des Arts et des Lettres) for his role in furthering the arts in France and throughout the world.

The Richmond Times-Dispatch honored Nyerges as a top 10 Person of the Year in 2015 for increasing the attendance and accessibility of VMFA. In 2017, the Shaanxi Provincial Cultural Relics Bureau in China named Nyerges as an ambassador of Shaanxi cultural heritage. The honor was presented during an exclusive preview for the exhibition, "Terracotta Army: Legacy of the First Emperor of China," which attracted more than 200,000 visitors to VMFA during its run.