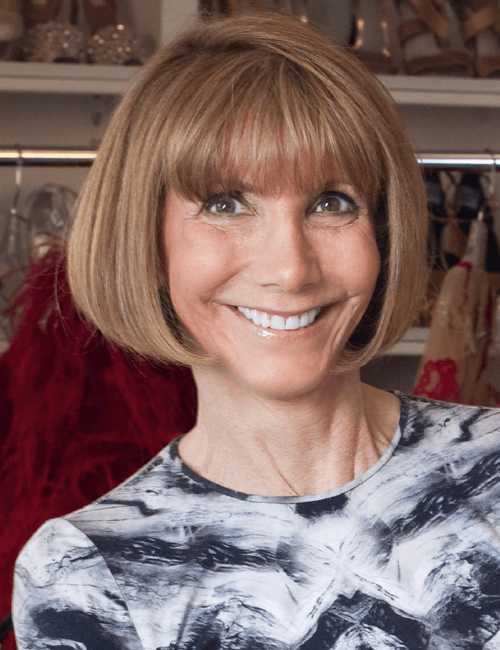 Monumental Achievement: The magazine industry has been the career home for Carol Smith, senior vice president, publishing director of Hearst Magazine’s Harper’s BAZAAR, ELLE and Marie Claire. Smith was the founding publisher of Parenting and went on to become the publication’s president and CEO. The founding publisher of Vibe, she also served on the launch team for Martha Stewart Living. Ad Age named Smith Executive of the Year in 2008, MIN inducted her into the Sales Executive Hall of Fame in 2012, and The Daily Front Row named her Publisher of the Year in 2013.

"GW shaped my life in so many ways that I’m not sure I can get it all down in just a few lines. I knew GW was the school for me when my plane flew over the Washington Monument—not only was I going to a really good school but that school was in the nation’s capital! And as a political science major, I got the best of two worlds: my professors not only taught me from textbooks, they taught me from all that was available to us in D.C. My freshman year, my advisor was able to get me an internship with Senator Brooke from Massachusetts and that was the beginning of four years of working part-time for the government.

But of course, college was so much more than the courses I took, it was the life I began—new friends, dorm living (not easy at first and then wonderful), The Washington Post, Quigley’s, pizza at Luigi’s, a checking account at Riggs –I’ll stop here but know that the list is very long.

Simply put, at GW I went from being a sheltered girl from Roslyn Long Island where everyone pretty much looked and acted the same to being an independent city girl living in a world full of many voices and many colors. I loved it!"

Carol A. Smith was appointed senior vice President/publishing director of The Fashion Group which includes ELLE, Harper’s BAZAAR and Marie Claire in July 2019.

Previously, Smith had been vice president, publisher and chief revenue officer of Harper’s BAZAAR since 2011.

Before BAZAAR, Smith served as senior vice president, then chief brand officer, of the ELLE Group at Hachette Filipacchi Media. As chief brand officer, Smith oversaw both the business and editorial operations of ELLE, ELLE DÉCOR, and the ELLE digital properties while building ELLE into a multi-brand business. Before entering the fashion world, Smith was the founding publisher of Parenting, acquired by Time Inc. three years later.

Early in her career, Smith was publisher of American Heritage, and co-founder of American Photographer. Her other publishing positions include stints at The Village Voice, The New Yorker, and The Wall Street Journal.

Among other honors, Smith was named Executive of the Year by Advertising Age in 2008. In June 2012, Smith was inducted into the MIN Sales Executive Hall of Fame. Smith sat on the advisory board of The New York City Ballet. She is a graduate of the George Washington University and lives in Greenwich Village with her husband, Richard Snow, a writer and longtime editor of American Heritage magazine, and their daughter, Rebecca.