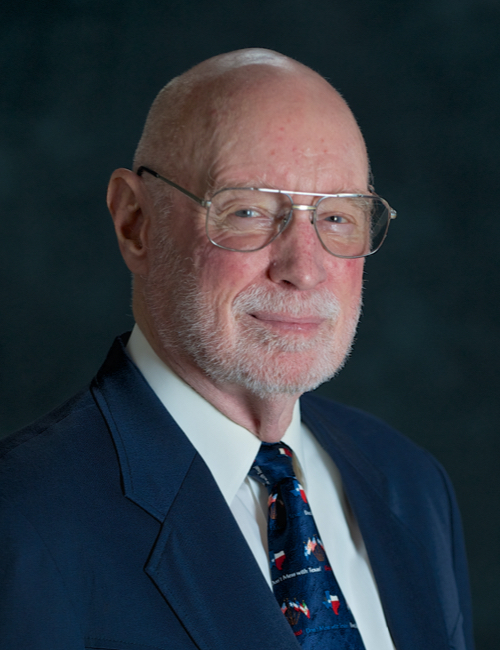 Monumental Achievement: Considered to be the founder of modern interventional pediatric cardiology, Dr. Charles Mullins has had an impact on thousands of lives. His innovative work led to the development of new and improved techniques and devices for diagnosing and treating children and adults who have congenital heart defects. His achievements have been recognized in many ways including with the U.S. Army Commendation Medal for outstanding service as the Army's first pediatric cardiologist and for establishing the specialty of pediatric cardiology in the U.S. Army. The American College of Cardiology awarded Dr. Mullins the Gifted Teacher Award in 1989. He was awarded the Founders' Award in 2004 by the American Academy of Pediatrics section of cardiology and cardiac surgery.

Dr. Charles Mullins was born and reared in Washington D.C. and attended public schools in the District of Columbia. Throughout childhood and the rest of his life, he always enjoyed working with his hands. He also always thought of, talked about and pointed toward becoming a medical doctor, never a policeman, fireman or other profession. Upon graduation from Woodrow Wilson High School, Mullins matriculated at Princeton University where he majored in chemistry. He graduated cum laude in 1954. Five days after graduation from Princeton, he and Arlene Sutherland were married. He began his medical career when he entered the George Washington School of Medicine that fall. He graduated with honors from GW Med School in 1958.

The next five years of his formal medical training were all in the U.S. Army at Walter Reed General Hospital in Washington D.C. There he completed a general rotating internship, a two-year pediatric residency, a one-year general cardiology residency and a one-year cardiology research fellowship. Upon completion of this training, he became the first pediatric cardiologist in the U.S. Army. After training, he was assigned to the second general hospital in Landstuhl, West Germany. In that position, he became the consultant pediatric cardiologist for all U.S. and Canadian military personal and their families and all U.S. Government personnel and their families who were stationed in Europe and the Middle East. For his work there, he received his first Army Commendation Medal for the creation and operation of a pediatric cardiology referral and treatment service in the European theater.

After four years in Europe, Mullins was reassigned back to Walter Reed Hospital as the assistant chief of cardiology. He was promoted to lieutant colonel. In addition to caring for the pediatric cardiac patients, he had the challenge of developing the pediatric cardiology service at Walter Reed. For his efforts in this endeavor, he received his second Army Commendation Medal. However, the military planned a major change in his carrier with an assignment away from pediatric cardiac patient care which, after his 12 years of active military service, led to his decision to resign from the military. An opportunity to join an established pediatric cardiology practice in Houston, Texas, led to the beginning of his 37-year career at Texas Children’s Hospital (TCH) and Baylor College of Medicine.

He is board certified in both pediatrics and pediatric cardiology. At Texas Children’s Hospital (TCH), Mullins took over the direction and development of the cardiac catheterization laboratory. During his tenure at TCH, the catheterization laboratory grew from a single, primitive catheterization laboratory to three sophisticated, biplane laboratories while the cardiology service grew from a staff of three to a staff of over 30 pediatric cardiologists and a very comprehensive training program. In addition to his work at Texas Children’s, Mullins had consultation privileges in the major local and regional hospitals. He was also active in the local pediatric and cardiology professional societies as well as in national and international cardiac societies. He was a fellow in the American Heart Association, AHA, where he served two terms on the executive committee of the council on cardiovascular disease of the young of the American Heart Association. He is a fellow in the American College of Cardiology (ACC), the largest organization of cardiologists in the world and served as governor of Texas of that organization from 1989 to 1992. In 1989, he received The Annual Gifted Teacher Award from the ACC. Mullins is a fellow in the American Academy of Pediatrics (AAP). He served on the executive committee of the section of pediatric cardiology of the AAP and from 1983 to 1989 he served on the examining committee of the pediatric dardiology board of the AAP. In 1990, he was honored by his nationwide pediatric research colleagues who elected him as a member of The American Pediatric Society, a society of strictly research professionals. His most active participation outside of his clinical practice was in the Society of Cardiac Angiography where, for his efforts on behalf of pediatric cardiology, he had an annual lectureship named for him and created in his honor. He also was honored as one of the first members inducted as “masters” in the Society for Cardiovascular Angiography & Interventions.

Mullins retired from active practice at age 75. He still maintains a keen interest in the progress and new developments in the field but also enjoys life with Arlene and not getting up at 4:00 AM to help perform and teach these procedures.