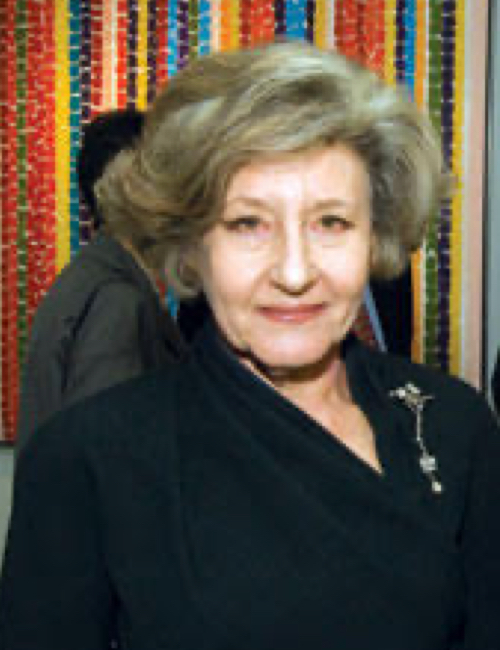 Monumental Achievement: Noted artist Clarice Smith is a nationally recognized painter and portraitist who has been a professional artist for more than 40 years. Her work has been featured in many solo exhibitions in prestigious galleries in cities throughout the United States and internationally, including London, Paris, Zurich, Maastricht and Jerusalem. Museum exhibitions include solo shows at the National Museum of Women in the Arts, Virginia Museum of Fine Arts, and the New-York Historical Society. She and her late husband, Robert H. Smith, endowed the Smith Hall of Art at GW along with donating many other philanthropic gifts in the U.S. and abroad throughout the years.

Clarice Smith was born, educated and resides in the Washington, D.C. area. She attended the University of Maryland and received a B.A. and M.F.A. from the George Washington University, where she was also a member of the art department faculty from 1980-1987. In 2012, she was awarded an honorary doctorate of fine arts by the George Washington University to mark her distinguished career in the arts. In 2015, Smith was awarded a doctorate of humane letters from the University of Maryland.

Smith has been painting professionally for over 40 years and has had numerous solo exhibitions in prestigious galleries in the United States and abroad, including London, Paris, Zurich, Maastricht and Jerusalem. She is represented by the Gerald Peters Gallery in New York City.

Most recently, Smith has expanded her artistic endeavors to include working with stained glass and has been commissioned by the New-York Historical Society to create several pieces including a stained-glass window for an oculus in its Grand Hall. She collaborates with the Venturella Studios to create these works. In addition to stained glass, Smith has added book illustrator to her list of credits working with her son, David Bruce Smith, on a well-received series of historical books for children.