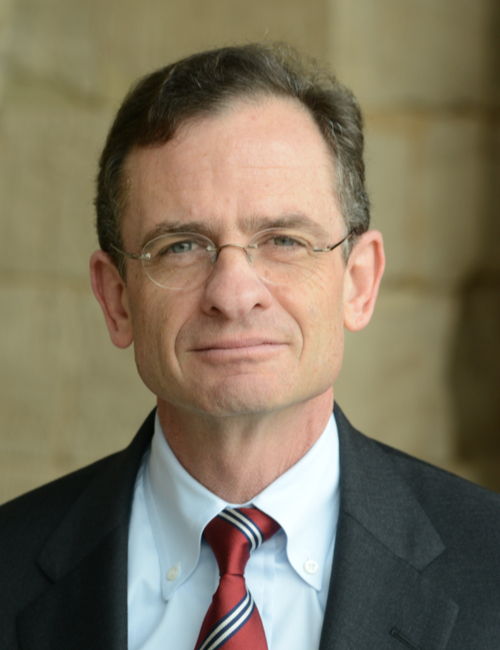 Monumental Achievement: Art historian, author, and university administrator Daniel Weiss serves as president and CEO of the Metropolitan Museum of Art, one of the world's largest and most renowned art museums. Earlier in his career, Weiss was president and professor of art history at Haverford College, president of Lafayette College, and a professor, department chair and dean at Johns Hopkins University. He has published and lectured widely on a variety of topics, including the art of the Middle Ages and the Crusades, higher education, and American culture, and is the author of six books and numerous articles. His scholarship has been recognized in many ways including fellowships from Harvard University and the National Endowment for the Humanities and the Van Courtland Elliott Award from the Medieval Academy of America.

"I am enormously grateful to GW for the educational opportunities and personal experiences that helped me to build a life and career that have meant so much to me. I discovered my passion for art and my deep appreciation for the importance of education while a student at GW. The university was then, and remains today, a place of exceptional quality and depth of resources. It is an honor to be part of the community."

Daniel Weiss became the fifth president of The Metropolitan Museum of Art on July 1, 2015, and was appointed president and chief executive officer in June 2017. Prior to that, he served as president and chief operating officer. With approximately two million objects in its collection representing more than 5,000 years of artistic achievement from around the world, seven million visitors annually, and an operating budget of $320 million, The Met is one of the largest and most diverse art museums in the world.

During the previous decade, Weiss served as the 14th president of Haverford College and before that as the 16th president of Lafayette College. At Haverford (2013-15), Weiss led the effort to prepare a comprehensive strategic plan and secure the funds to support new interdisciplinary initiatives and major renovations to the library, new facilities for biology, psychology, and music, as well as a new center for visual culture, arts and media. From 2005-13, Weiss served as president of Lafayette, where he worked to increase the size of the permanent faculty by 10%, developed revised curricula, introduced new interdisciplinary programs, and created innovative alliances with the City of Easton. During his tenure, Lafayette became the only college in the nation to receive a collaborative grant from the NEA under its Urban Arts Initiative. A leading voice on liberal arts colleges in a changing higher education landscape, Weiss co-edited Remaking College: Innovation and the Liberal Arts, which was published in 2014.

From 2002 to 2005, Weiss was James B. Knapp Dean of the Zanvyl Krieger School of Arts & Sciences at the Johns Hopkins University, where he had previously served as professor and chair of the history of art department. He earned an M.A. and Ph.D. in art history from Johns Hopkins and joined the faculty there in 1993, rising to full professor in six years. He holds a B.A. from the George Washington University and an M.B.A. from the Yale School of Management, and was a consultant with Booz, Allen & Hamilton from 1985 to 1989.

Weiss has written or edited six books and numerous articles on the art of the Middle Ages, higher education, the Second World War, and the American experience in Vietnam. His most recent book, In That Time: Michael O’Donnell and the Tragic Era of Vietnam, appeared in the fall of 2019. His research has been supported by grants from the National Endowment of the Humanities, the Andrew W. Mellon Foundation, Harvard University, Yale University, and the Samuel H. Kress Foundation. In 1994 he won the Van Courtlandt Elliott Prize from the Medieval Academy of America for a first article in Medieval Studies judged to be of outstanding quality. He received three awards for teaching excellence as a member of the Johns Hopkins faculty and was the recipient of the Aaron O. Hoff People’s Choice Award at Lafayette College in 2006. The holder of three honorary degrees, Weiss is a member of the Society of Scholars at Johns Hopkins University and in 2013 was the recipient of a “Star Award” from the Posse Foundation for contributions to higher education. In 2018 he received the Leadership and Society Award from the Yale School of Management and the Centennial Medal from the Foreign Policy Association.

He is married to Sandra Jarva Weiss, a graduate of the George Washington University and its law school. A specialist in health-care law, she is a partner in the firm Norris, McLaughlin & Marcus. The Weisses have two sons, Teddy and Joel.