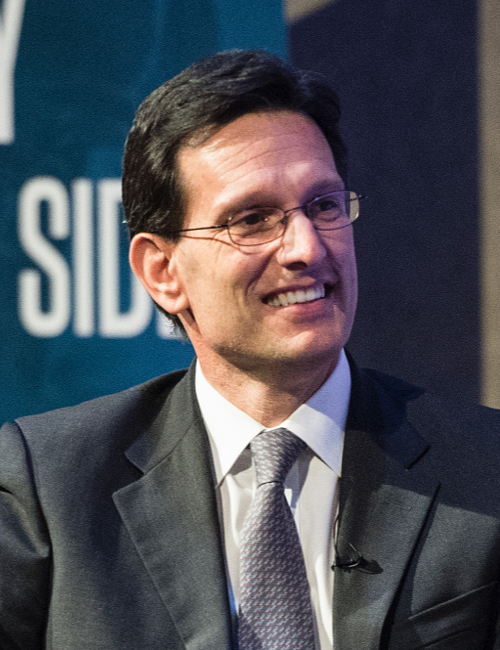 Monumental Achievement: Attorney Eric Cantor devoted nearly 23 years of his career to public service, beginning with nine years in the Virginia House of Delegates. Elected as the United States Representative for Virginia's 7th congressional district in 2001, Cantor served as House majority leader from 2010 to 2014. He also served as House minority whip from 2009 to 2011. After leaving Congress in 2014, Cantor became vice chairman and managing director of investment bank Moelis & Company, where he advises clients across industry sectors with a focus on the intersection of public policy and industry.

Eric Cantor is the vice chairman and a managing director at Moelis & Company and also serves on the board of directors. He advises clients on issues spanning the intersection of public policy and industry. Cantor, who has more than 30 years of political and business experience, was formerly United States Representative from Virginia. He served as House majority leader from 2010-2014 and led the public policy agenda for the U.S. House of Representatives. During the 112th Congress, Cantor served as the House designee to the Biden Commission, where he worked closely with the vice president on issues surrounding the federal budget and levels of indebtedness. One of his many accomplishments as majority leader was the passage of the JOBS Act, which makes it easier for start-up and emerging growth companies to access capital. Cantor is regularly featured in publications focusing on a wide range of topics including both domestic and international matters.

Cantor holds a B.A. from the George Washington University, a J.D. from The College of William and Mary, and an M.A. from Columbia University. He co-authored the The New York Times best-selling book, Young Guns: A New Generation of Conservative Leaders. Cantor serves as a member of the Bipartisan Policy Center’s Executive Council on Infrastructure and has been named a visiting fellow at Harvard University’s John F. Kennedy School of Government. He served on the U.S. Department of Defense Policy Board, a group tasked with providing the secretary of defense with independent, informed advice and opinion concerning matters of defense policy, from 2017-2020.