Looking Ahead: This article is part of an occasional series of bicentennial stories in which GW experts share their thoughts on what we can expect on a variety of topics as the George Washington University moves into its third century. 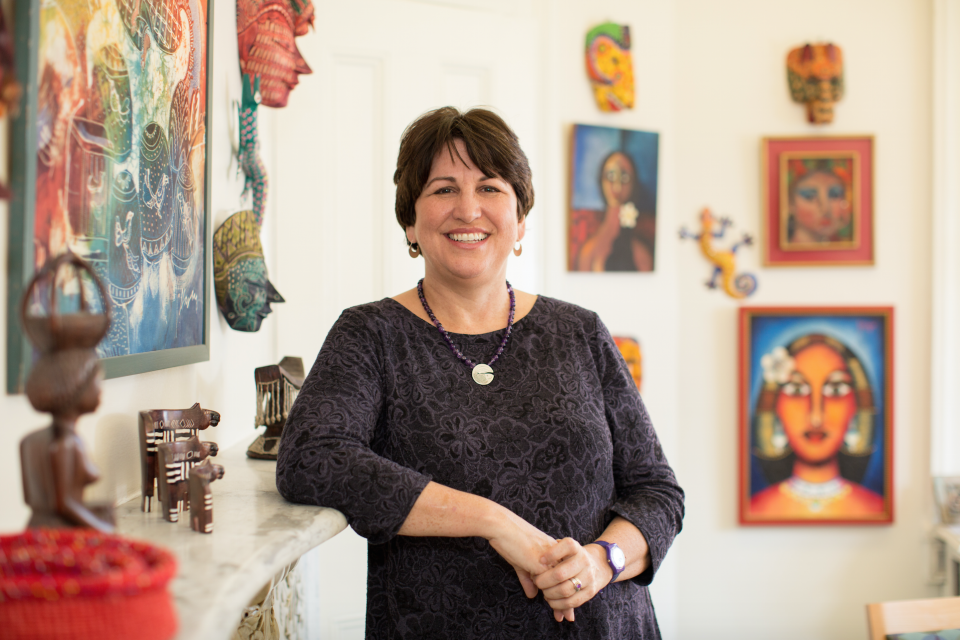 Mary Ellsberg, the founding director of the Global Women’s Institute, reflects on the progress made and shares hopes for the future.

“Before we speculate on the future of gender equality around the world, it is important to reflect on the past and examine the present moment.

“Later this month UN Women will convene in Mexico City (and conclude in Paris in June) for the Generation Equality Forum, a global convocation of civil society-centered groups and individual activists who will make new concrete commitments toward meaningful and—ideally—irreversible progress toward achieving gender equality worldwide. The forum will build upon the 1995 Beijing Declaration and Platform for Action, which is still regarded as the landmark framework for advancing women’s rights.

“There’s no denying we’ve made real progress since Beijing.

“I’ve been working with other public health researchers and activists for almost four decades on violence against women and girls (VAWG). In that time, we’ve seen real, demonstrable progress. When I started doing research on VAWG in Nicaragua in the early ’90s, domestic violence was considered a private issue that affected only a small number of women.  It was hard to persuade decision-makers that VAWG was not only a human right, but also a development and public health issue. Now it’s a part of the UN Sustainable Goals, and the World Health Organization has issued comprehensive policies and protocols to address VAWG in the health sector. Today, women can seek justice and hold governments liable for failing to protect them from abuse in legal venues such as the Inter-American Commission on Human Rights.

“Not least, our evidence-based research has demonstrated that violence is, in fact, preventable. The hard work of feminist movements around the world has helped to change harmful social norms, provide social support resources for survivors and enact laws that have all contributed to preventing violence against women and girls.

“And yet for all the progress we’ve seen and documented, the gains made in preventing VAWG, as well as gains in sexual reproductive health, girls’ education, employment and wage disparities and more, are too fragile, too easily reversed. In particular, the COVID-19 pandemic exposed the brittleness of our systems of justice and equality for women around the world. This is true not only in many countries where authoritarian regimes have taken advantage of the pandemic to repress women’s rights but also here in the U.S., where women have accounted for a disproportionate number of the nation’s job losses, and calls to domestic violence hotlines have risen steeply.

“We cannot make true progress on global gender equality if we must spend our time trying to regain ground we’ve lost. Our systems need more resiliency and foresight to withstand the shocks of pandemics, political unrest, natural disasters and other disruptive events. In the U.S., policies such as paid leave and equal pay should not be seen as women’s issues but as workers’ issues. Not addressing these issues make us all economically vulnerable—not just women.

“Throughout my decades of research, I have found that the most important predictors of meaningful gender equality in nations around the world are, first, a strong and autonomous women’s movement and, second, the prevalence of girls’ education. I’ve seen activist women’s movements bring about much needed change in countries on everything from girls’ education and VAWG prevention to economic equality and outdated ways of thinking about gender roles. These same movements can help sustain such change through peacetime and in difficult times—especially if they are well supported by their governments and civil society.

“I have been involved in this work for more than 30 years. Things are much better today than they were when I started, and the amazing courage and resilience of the women I have seen in the face of terrible suffering continues to give me hope.”