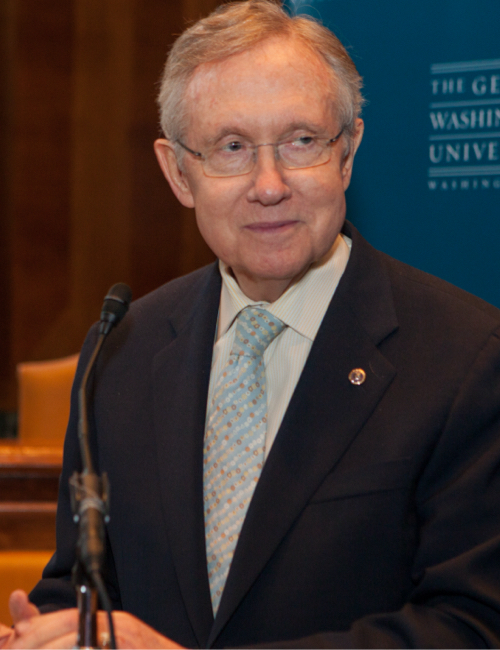 Monumental Achievement: Harry Reid’s leadership skills led him from Nevada—where he began his public service career as the city attorney for Henderson—to Washington, D.C. where he served as Senate Majority Leader from 2007 to 2015. In between, Reid was elected as a member of the Nevada State Assembly, the state’s lieutenant governor, and the U.S. House of Representatives. A strong advocate of land conservation, particularly in his home state, Reid received a lifetime achievement award from the League of Conservation Voters and was honored by the Conservation Lands Foundation for "historic contributions to conservation."

Senator Harry Reid served 30 years in the U.S. Senate and is the longest serving senator from the state of Nevada. During his Senate career, he served as the Senate majority leader, Democratic leader, majority whip and minority whip. Senator Reid is renowned for tirelessly working to improve conditions in Nevada by promoting economic development, investing in infrastructure and clean energy development, and championing the state’s role as the country’s premiere entertainment and gaming destination.