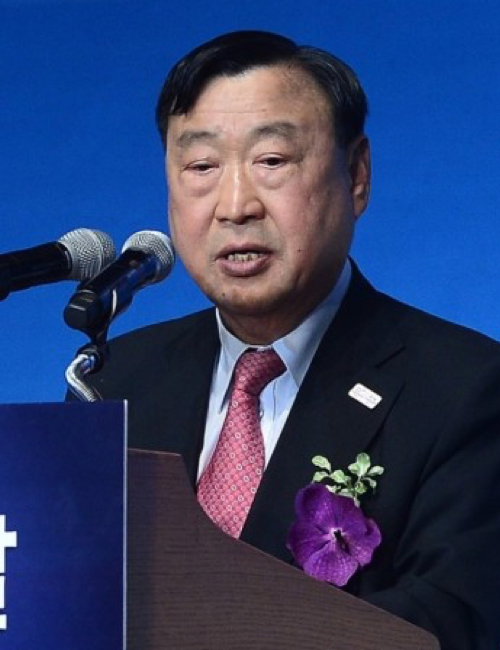 Monumental Achievement: The multi-talented Hee-beom Lee has excelled and led in a wide range of areas. For his outstanding work as president of the PyeongChang Organizing Committee for the 2018 Olympic and Paralympic Winter Games, Lee received the gold Olympic Order award and the Paralympic Order award. His ability to lead such a complex multi-sports event was honed through his diverse career, starting as a government official in 1972 and serving as South Korea’s minister of trade, industry and energy from 2003 to 2006. He went on to executive positions at diverse organizations including the Korea International Trade Association, the Korea Employers Federation, STX Energy, and STX Heavy Industries and LG International.

Hee-beom Lee began his career as a government official in 1972 and served as minister of trade, industry and energy from 2003 to 2006. He then took on executive positions at various institutions and companies including the Seoul National University of Technology, Korea International Trade Association, the Korea Employers Federation, STX Energy, STX Heavy Industries and LG International Corporation. Lee is currently president of Kyungbuk Arts and Culture Foundation and the president of Seoul National University Alumni Association.

In addition to his successful career as a government official, Lee also served as a chancellor, president of economic organizations, and CEO of major companies. With such a diverse background of experience, he has the administrative capacity, marketing expertise, and a wide network among the business leaders, and communication skills to coordinate among the various levels of government and different stakeholders - all required to lead the preparation of a complex mega-sports event. The 2018 PyeongChang Olympic Winter Games, which Lee led as president, were the biggest winter sports event with 92 national Olympic committees participating. Lee graduated summa cum laude award from GW and earned a Ph.D. at the Kyung-Hee University.