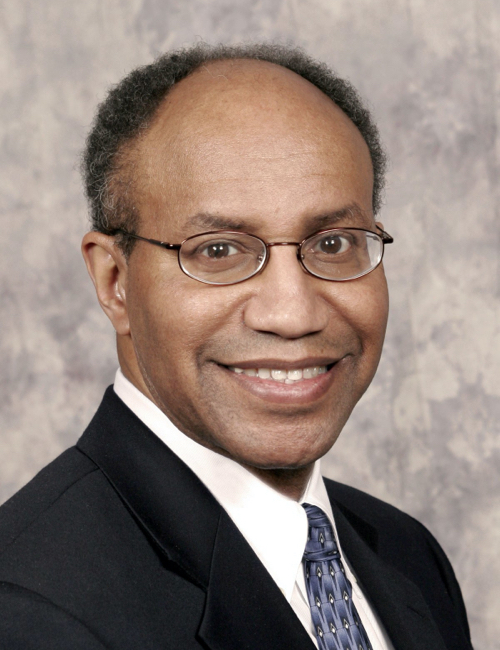 Monumental Achievement: Irving A. Williamson brought his nearly 50 years of experience in the international and trade policy fields to his appointment on the U.S. International Trade Commission, on which he served for 12 years, including two and a half years as chair. Prior to his appointment, he was president of his own consulting firm, advising clients on legal, policy, and regulatory issues affecting international trade and business. From 1993 to 1998, Williamson was deputy general counsel in the Office of the U.S. Trade Representative (USTR) where he played a role in developing President Bill Clinton’s Partnership for Economic Growth and Opportunity in Africa initiative and represented USTR in negotiations with the Congress on the African Growth and Opportunity Act legislation.

"My four years in the GW evening law school program were the perfect foundation for a successful trade policy career as it gave me the passion and tools for doing justice and for practicing good government and the opportunity to apply everyday what I was learning in school."

Irving Williamson has over 50 years of experience in the international affairs and trade policy fields. From 2007 until his retirement in August of 2019, he was a commissioner on the U.S. International Trade Commission (USITC); he served as chairman from 2012 to 2014 and in 2016 and as vice chairman from 2010 to 2012. Prior the USITC, Williamson was president of Williamson International Trade Strategies, Inc., a trade policy consulting firm, where he worked on over 20 AID trade capacity building projects and advised countries on World Trade Organization (WTO) accession, compliance, and participation. Much of his work focused on Africa and the Middle East. In 2005 and 2006, Williamson headed a project in Addis Ababa, Ethiopia that assisted Ethiopia with the WTO accession process.

From 1993 to 1998, Williamson was deputy general counsel in the Office of the U.S. Trade Representative (USTR), where he worked on NAFTA and WTO implementing legislation and chaired the interagency Section 301 Committee. He helped develop President Clinton's Africa trade initiative and represented USTR in negotiations with Congress on the African Growth and Opportunity Act legislation.

Following USTR, Williamson was vice president for trade, investment, and economic development programs at the Africa-America Institute in New York. From 1985 to 1993, he was the manager of trade policy for the Port Authority of New York and New Jersey and from 1967 to 1985, he was a Foreign Service Officer with the U.S. Department of State with overseas assignments in Madagascar, Mauritius and Geneva, Switzerland. He was also detailed as an attorney to the Office of Assistant General Counsel for International Affairs at the Treasury Department and to the Office of the General Counsel at USTR.

Williamson holds a B.A. in history from Brown University, an M.A. in international relations from the Johns Hopkins School of Advanced International Studies, and a J.D. from the George Washington University Law School. He received the 2018 World Trade Week NYC International Achievement Award, the Thomas Jefferson School Alumni of Distinction Award and the 2019 American Intellectual Property Law Association Diversity Champion Award. He is married to Cheryl A. Parham and has two children, Patrick and Elizabeth.