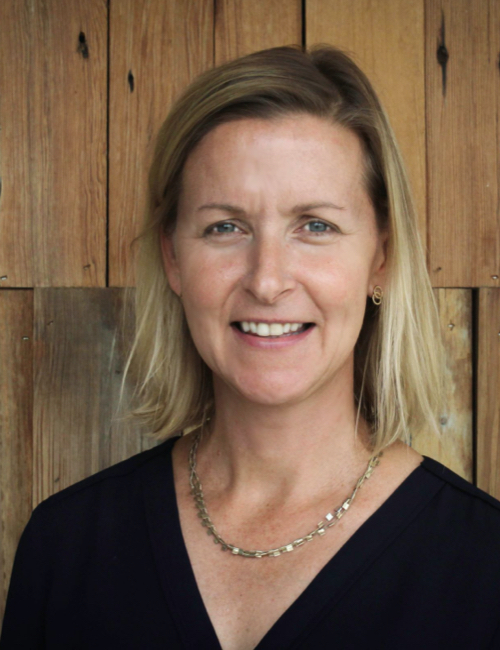 Monumental Achievement: Liz McCartney was named CNN Hero of the Year in 2008 for her work rebuilding homes destroyed by Hurricane Katrina. She is co-founder and COO of SBP, a social impact organization that solves the challenges facing at-risk communities (across the U.S. and Caribbean) by bringing the rigor of business and innovation to reduce risk, create resilient communities, and streamline recovery. McCartney leads SBP’s ongoing long-term rebuilding work in vulnerable communities and its innovative and growing Opportunity Housing program which creates affordable, energy-efficient, resilient housing units for sale and for rent for low- to moderate-income households. Recognition of McCartney’s work includes 2020 HUD Secretary’s Award for Public-Philanthropic Partnerships, The Times-Picayune "300 for 300" New Orleanians awarded during the city’s tricentennial, citizen co-chair of the presidential inauguration, White House Champion of Change, and U.S. News and World Report’s Top Ten Socially Innovative Organizations.

"GW has played a profound role in shaping my life. During my time at GW, I was fortunate to establish real relationships with my professors. Their guidance and mentorship helped me reshape and reimagine my professional identity. In fact, right after completing my coursework, I volunteered in New Orleans after Katrina. During this trip, my husband and I founded an organization to assist with disaster recovery that continues to this day.

The Graduate School of Education and Human Development faculty is comprised of many practitioners who were able to connect educational theory and concepts to everyday settings. These connections allowed me to bring what I was learning at GW directly into my work as an educator. And this continues to this day when I incorporate the principles of adult learning into my work at SBP developing trainings for other nonprofits, volunteers, community and government leaders.

I appreciated that GW's thoughtful, flexible scheduling allowed me to take a full course load while also working full time. It was challenging to balance the demands of work and school but it helped me push through my upper limits and recognize how much more I was capable of achieving.

Lastly, I'm grateful for the continued support from the GW community. The university has created countless opportunities for students and alums to serve at SBP and learn about the impacts of disasters and challenges associated with recovery."

Liz McCartney co-founded SBP in 2006 after spending two weeks volunteering in New Orleans six months after Hurricane Katrina. What she and her husband, Zack, thought would be a one-time, two-week trip, led to a passion for direct impact and system change.

Today McCartney is the chief operating officer, overseeing SBP’s ongoing long-term rebuilding work in disaster-impacted communities in the U.S., Puerto Rico and the Bahamas, where she provides oversight for all volunteer management, client services, and construction activities. McCartney launched and directs SBP’s innovative Opportunity Housing program which redevelops blighted properties into affordable, resilient, energy efficient homes for low-moderate income homebuyers and renters and generates revenue that is reinvested into SBP’s long-term rebuilding work. She also supports the organization's preparedness and system change work which envisions a future where disasters are mitigated through improved policy and planning and effective adaptation and resilience programs.

Through SBP’s partnership with Toyota, McCartney led her team to reduce the average time to rebuild a house from 116 to 61 days. The model used to achieve these results has become SBP’s standard construction model, applied to all the organization’s work nationwide.

In 2008, McCartney was named the CNN Hero of the Year for her work in helping Katrina survivors return home and in 2016 she was nominated as a CNN SuperHero of the Decade for her continued work in disaster recovery. McCartney has twice been named a White House Champion of Change (2011 & 2013), and was awarded an Urban Innovation Fellowship at Tulane University (2011) to scale and replicate SBP’s model across the country. She was recognized by The Times Picayune’s tricentennial 300 for 300 Project.

Prior to founding SBP, McCartney taught middle school in Washington, D.C. and San Francisco, upon her return from Lesotho where she served with the Peace Corps. McCartney received a B.A. from Boston College, an M.A. from the George Washington University and an honorary doctoral degree from Muhlenberg College. She and her husband, Zack, live in New Orleans with their son, Jack, and two cats.