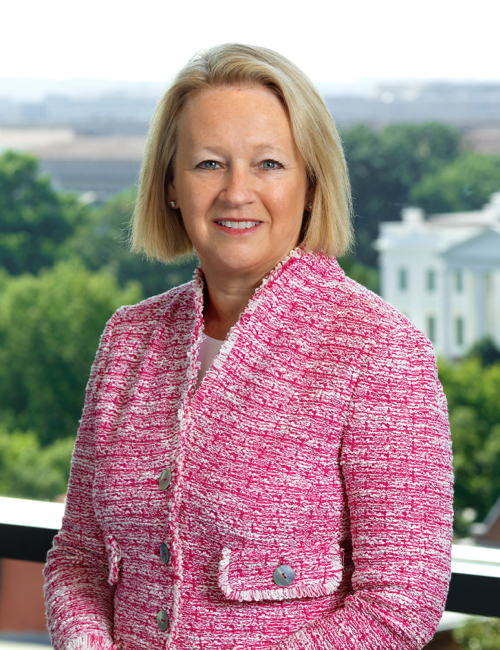 Monumental Achievement: Mary Schapiro broke a glass ceiling when she became the first woman appointed chair of the U.S. Securities and Exchange Commission. During her tenure, the agency brought a record number of enforcement actions, and engaged in extensive rulemaking and operational changes to improve investor protection and market integrity. Schapiro served as a senior financial regulator under four presidents, and is the only person to have led all three U.S. capital markets regulators - the SEC, the Commodity Futures Trading Commission and FINRA. She also served three years as the chairman and CEO of the Financial Industry Regulatory Authority. In 2009, Forbes ranked her the 56th most powerful woman in the world.

Mary L. Schapiro is the vice chair for global public policy of Bloomberg, the global financial technology company that was founded in 1981. She has been at Bloomberg since October 2018, and also serves as a special advisor to the founder and chairman.

Schapiro, who has had a distinguished career as a financial services regulator under four U.S. presidents from both political parties, oversees Bloomberg’s public policy and regulatory priorities globally. Her service as the 29th SEC Chair culminated decades of regulatory leadership. She was the first woman to serve as SEC Chair, and the only person to have served as chair of both the SEC and the Commodity Futures Trading Commission (CFTC). During her four years as SEC Chair, Schapiro presided over one of the busiest rulemaking agendas in the SEC’s history, during which the agency also executed a comprehensive restructuring program to improve protections for investors and pursued aggressive enforcement of the federal securities laws.

On behalf of Bloomberg, Schapiro leads the Financial Stability Board’s task force on climate-related financial disclosures which has developed and garnered widespread support for a voluntary framework for corporate disclosure of climate-related risk information to help investors, lenders, underwriters and others make informed financial decisions. She also leads the Climate Finance Leadership Initiative, which works to catalyze private finance in support of the transition to a low-carbon economy.

Earlier, she was chair of the CFTC from 1994 to 1996, a commissioner of the SEC from 1988 to 1994, and general counsel of the Futures Industry Association. She serves on the board of both Morgan Stanley (NYSE: MS), and CVS Health (NYSE: CVS). She is also a member of the governing board of the Center for Audit Quality and serves on advisory boards at the China Securities Regulatory Commission and the Hong Kong Stock Exchange. She is a member of the Council on Foreign Relations and the board of trustees of Franklin and Marshall College.