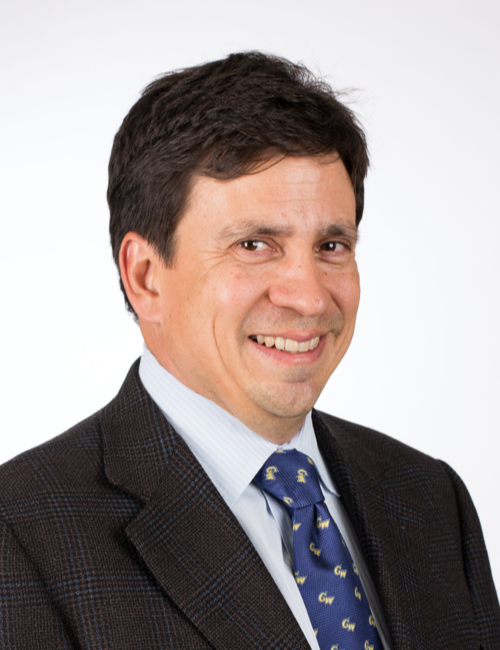 Monumental Achievement: After co-founding software company Cysive in 1993 in the basement of his home, entrepreneur Nelson Carbonell, Jr. grew the tech company to 500 employees and exceeded revenues of $50 million before taking the company public in 1999. He regularly shares his business strategy expertise on a variety of topics—including mezzanine financing, systems risk management, implementation of information technology—at universities, seminars and conferences, as well as with the press, industry, and financial analysts. Currently the president and CEO of consulting firm, Nelson Carbonell & Associates, Carbonell serves on a variety of boards and is the former chairman of the board of trustees at GW.

"GW changed my life when I was offered a scholarship that allowed me to attend a university I would have never been able to afford to go to myself. My time in the engineering program was transformational. It enriched my life and gave me the tools to achieve success. And because of that, I can say with great conviction that 'only at GW' does not end after you graduate. Being a GW graduate means that you are part of a life-long community of leaders and learners. Your fellow alumni will be your professional network, your support system, your friends. They certainly have been for me. The road to accomplishment is unique for everyone, but it is not unique for GW to be part of the journey for so many. I could never pay back what GW has done for me—I am forever indebted for how GW shaped my life."

Nelson A. Carbonell, Jr., chairman emeritus of the George Washington University board of trustees, is an entrepreneur with more than 30 years of experience. He has founded companies including: Cysive, a software engineering services company he took public in 1999; Snowbird Capital, which provided equity and mezzanine debt to middle market companies; and Nelson Carbonell and Associates, which assists companies with strategy, financing, operations and technology. Carbonell has chaired several key committees of the George Washington University board of trustees, most notably, the committee that led the full board to approve the construction of Science and Engineering Hall. He serves on the board of the Association of Governing Boards of Universities and Colleges, and is a former chairman of the Washington-Baltimore Young President's Organization, as well as a former member of YPO's International Board. Carbonell also serves on several corporate boards. He earned a bachelor’s degree in electrical engineering from GW, graduating with distinction in 1985.

Carbonell was born and raised in the Washington, D.C. area. He is of Cuban decent and speaks fluent Spanish. He resides with his wife, Michele, in Great Falls, Virginia. They have four adult children, Carmen, Roxy, Dylan and Sophia. Carbonell spends his free time skiing, golfing, hiking and relaxing at his vacation home in Deer Valley, Utah. He enjoys fine wine, good food and reading history and physics.