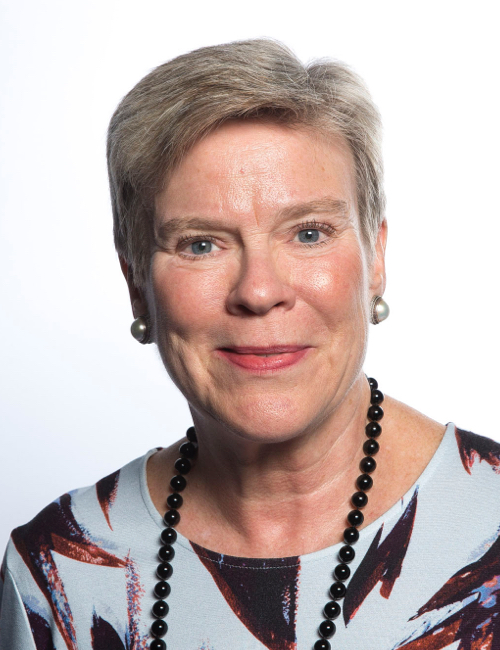 Monumental Achievement: Rose Gottemoeller was the first woman and second American to serve as deputy secretary general of NATO. In that role, she was instrumental in moving NATO forward in adapting to new security challenges in Europe and in the fight against terrorism. Prior to this role, she served for nearly five years as the under secretary for arms control and international security at the U.S. Department of State. In 2009-10, she was the chief U.S. negotiator of the New Strategic Arms Reduction Treaty with Russia (New START). She is currently Payne Distinguished Lecturer at Stanford University's Freeman Spogli Institute and a Hoover Institution research fellow.

"George Washington University gave me what I needed with their Master's Program in Science, Technology and Public Policy. I was looking for ways to help bridge the gap between policymakers and scientists, and my GW degree gave me the tools I needed. It helped me to work well with U.S. and Russian nuclear laboratories as we fought to prevent nuclear materials from falling into the wrong hands, and it helped me chart the way, with others, to establishing the International Space Station. I will always be grateful."

Before joining Stanford Gottemoeller was the deputy secretary general of NATO from 2016 to 2019, where she helped to drive forward NATO’s adaptation to new security challenges in Europe and in the fight against terrorism. Prior to NATO, she served for nearly five years as the under secretary for arms control and international security at the U.S. Department of State, advising the secretary of state on arms control, nonproliferation and political-military affairs. While assistant secretary of state for arms control, verification and compliance in 2009 and 2010, she was the chief U.S. negotiator of the New Strategic Arms Reduction Treaty (New START) with the Russian Federation.

Prior to her government service, she was a senior associate with the Carnegie Endowment for International Peace, with joint appointments to the nonproliferation and Russia programs. She served as the director of the Carnegie Moscow Center from 2006 to 2008, and is currently a nonresident fellow in Carnegie's Nuclear Policy Program. She is also a research fellow at the Hoover Institution.

At Stanford, Gottemoeller teaches and mentors students in the Ford Dorsey master’s in international policy program and the CISAC Honors program; contributes to policy research and outreach activities; and convenes workshops, seminars and other events relating to her areas of expertise, including nuclear security, Russian relations, the NATO alliance, EU cooperation and nonproliferation.