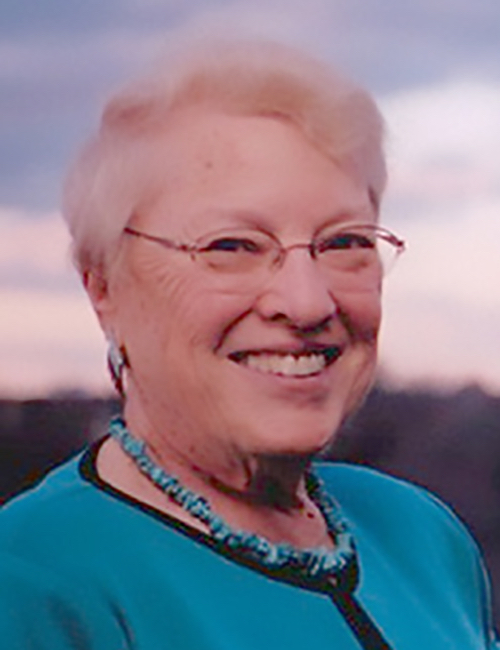 "I am quite honored to be a recipient of the George Washington University Monumental Award. The financial help from George Washington University through scholarships as both an undergraduate and law student helped make my education possible and played a major role in my successful career. I have watched with excitement and pride as the public contract law program at the university has grown and has become internationally acclaimed as the leader in the field. I treasure the professional and personal friendships that I have made with the outstanding past and present faculty many of whom are in that specialty. Serving on the government contract board of advisors at the university has been a wonderful way to keep current with university events. I hope that the cracks that I have made in the glass ceiling have made the path smoother for women who have followed me. Again, I thank the association for the honor and hope that I can continue to be a contributing member of society."

After 22 years as an Administrative Judge at the Armed Services Board of Contract Appeals, Ruth C. Burg currently acts as a neutral in alternative dispute resolution matters, serving as a mediator, neutral advisor, or arbitrator on contract matters, public and private, or as an expert witness or consultant on public contract matters. Appointed to the Armed Services Board in 1972, she retired in February 1995. She has been awarded many honors, including the D.C. Bar Association Beatrice Rosenberg Award for outstanding Government service, the George Washington University Law Alumni Association Fulbright Award for public service, the Distinguished Alumni Award from George Washington University, the "Star of the Bar" award by the District of Columbia Women's Bar Association in 2002, and most recently was the first recipient of the American Bar Association Public Contract Law Section Fellows Spirit of Leadership award. The Public Contract Law Section of the American Bar Association created an annual Ruth C. Burg Luncheon honoring Women in Government Contracting and open to all. She is an acknowledged expert in complex cost accounting and major construction issues.

A graduate of George Washington University Columbian College, Burg received her Juris Doctor cum laude from that university's School of Law, graduating first in her class. In addition to serving as an editor of the law review, she received other honors including election to Order of the Coif, the John Bell Larner award, and scholarships for her undergraduate and her law school studies. Early in her career, she specialized in federal taxation, serving as a law clerk to Judge Stephen E. Rice of the Tax Court of the United States, the first woman to serve in a tax court clerkship.

Burg has been active in legal and community organizations. She was founding president of a chapter of B'nai B'rith Women. She served as international president of Phi Sigma Sigma Fraternity, one of the first sororities founded and open to women of all religious and ethnic backgrounds. She served on the board of advisors of the Federal Contract Reports and on the Court of Federal Claims advisory council and is presently a member of their Friends of the Court. Her major bar activities have been with the American Bar Association, where she is a past chair (1984-1985) and a fellow of the Public Contract Law Section, a life fellow of the American Bar Association Foundation, and a former member of the standing committee on judicial selection, tenure and compensation. Using a grant from the Carnegie Commission on Science, Technology and Government, she co-chaired a committee which, in cooperation with the National Judicial Center, developed a demonstration project for use of court-appointed scientific and technical experts. She has written and lectured extensively, primarily in the area of public contract law. She has been listed in Who's Who in America, Who's Who in American Law, and Who's Who of American Women.

Burg and her husband, Maurice, a world-renowned medical researcher at the National Institutes of Health, enjoy spending time and traveling with their four children- two sons and two daughters; their children's spouses; and their three grandchildren. In her spare time, she enjoys needlepoint, and weaving and fly fishing for trout with her husband at their vacation home in Montana.