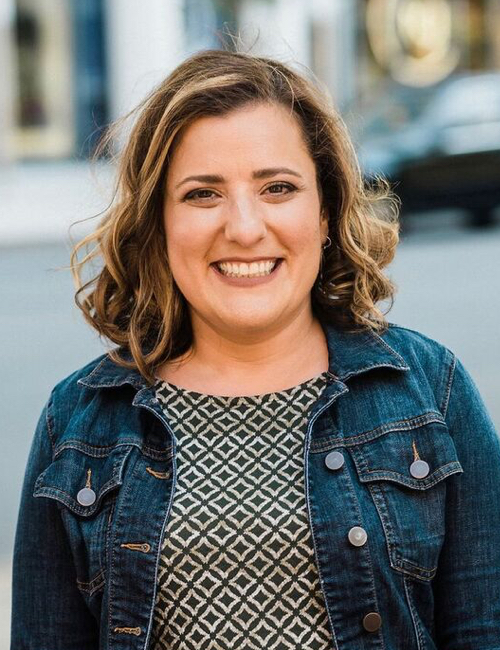 Monumental Achievement: Sociologist Goldrick-Rab is passionate about reducing socioeconomic and racial inequalities in higher education. She furthers this goal through her work as: a professor at Temple University; founding director of The Hope Center for College, Community, and Justice; founder and board secretary of Believe in Students; the chief strategy officer for emergency aid of Edquity; and author of the book, Paying the Price: College Costs, Financial Aid, and the Betrayal of the American Dream. Her work has been recognized with the 2014 American Educational Research Association (AERA) Early Career Award, the 2018 Grawemeyer Award for Education—whose $100,000 cash prize she donated to a fund to help college students with financial emergencies—and a Carnegie Fellowship in 2018. In 2016, Goldrick-Rab was among the "Politico 50" list of the most politically influential people and institutions in America, published by Politico magazine.

"I grew up at GW. My mom (Vicky Youcha—she was Vicky Rab) worked there, as a special education expert and professor, when I was young. I was only able to afford to attend GW because she received dependent tuition benefits. I entered midway through my first year (I started at William and Mary) and immediately joined the honors college. I took four honors courses in my first term. I met Ruth Wallace immediately and she became my mentor. She’s why I went to graduate school in sociology and became a sociologist. I miss her tremendously."

Sara Goldrick-Rab is professor of sociology & medicine at Temple University, and president and founder of the Hope Center for College, Community, and Justice in Philadelphia. She is also the chief strategy officer for emergency aid at Edquity, a student financial success and emergency aid company, and the founder of Believe in Students, a nonprofit distributing emergency aid.

Goldrick-Rab’s innovative research on college students’ basic needs sparked the national #RealCollege movement and legislation to address food and housing insecurity. Ranked in the Top 10 among education scholars according to Education Week, she is also a Carnegie Fellow. In 2016, Politico magazine named her one of the top 50 people shaping American politics. Sara’s book, Paying the Price: College Costs, Financial Aid, and the Betrayal of the American Dream, was featured on The Daily Show with Trevor Noah and awarded the $100,000 Grawemeyer prize, which she donated to student emergency aid.