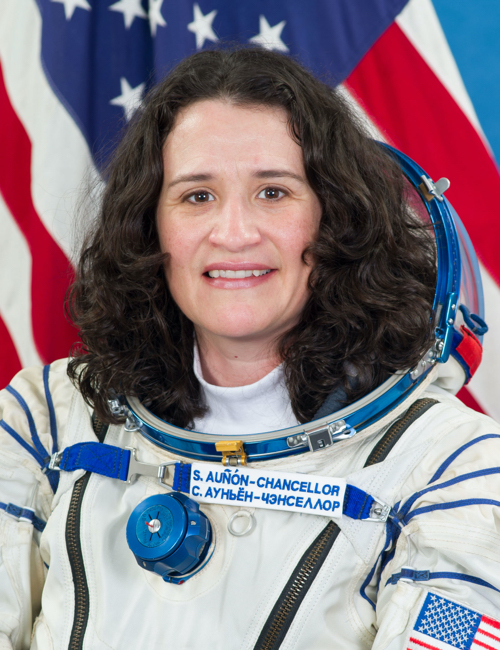 Monumental Achievement: Combining her passion for space and love of medicine, Serena Auñón-Chancellor has blazed a trial as a physician, engineer, and NASA astronaut. Board certified in internal and aerospace medicine, Auñón-Chancellor Chancellor served as a flight surgeon and as a civilian physician caring for members of the astronaut corps and their families. After joining the ranks of the Astronaut Corps in 2009, she went on to log 197 days in space as she contributed to hundreds of experiments in biology, biotechnology, physical science and Earth science aboard the International Space Station.

Board certified in internal and aerospace medicine, Dr. Serena M. Auñón-Chancellor began working as a flight surgeon at Johnson Space Center in August 2006. She spent more than nine months in Russia supporting medical operations for International Space Station crew members. Auñón-Chancellor was selected in July 2009 as one of 14 members of the 20th NASA astronaut class. She graduated in November 2011 from astronaut candidate training, which included scientific and technical briefings, intensive instruction in space station systems, spacewalks, robotics, physiological training, T-38 flight training and water and wilderness survival training. She spent two months in Antarctica from 2010 to 2011 as part of the Antarctic Search for Meteorites program.

Auñón-Chancellor served as flight engineer on the International Space Station for Expeditions 56 and 57 in 2018, logging 197 days in space. During her time in orbit, she and her colleagues contributed to hundreds of experiments in biology, biotechnology, physical science and Earth science aboard the space station.

She received a bachelor of science in electrical engineering from the George Washington University in 1997 and a doctorate of medicine from The University of Texas - Health Science Center at Houston in 2001. After completing a three-year residency in internal medicine at The University of Texas Medical Branch (UTMB) in 2004, she served an additional year as chief resident in the internal medicine department in 2005. She also completed an aerospace medicine residency at UTMB as well as a master of public health in 2007. She is board certified in internal and aerospace medicine.

Auñón-Chancellor, who is married to Jeff Chancellor, has a stepdaughter, Serafina Chancellor. Her personal and recreational interests include mountain hiking and providing medical care to the underserved.