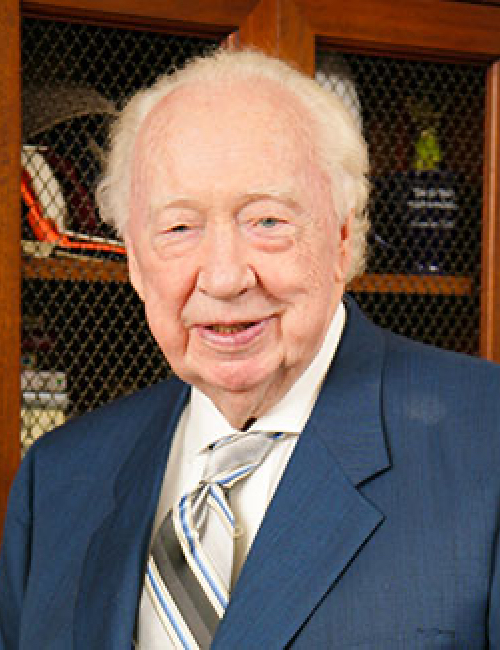 Monumental Achievement: A leader in construction planning and real estate, Sidney Dewberry and his eponymous professional services firm were key players in creating the Northern Virginia of today. Dewberry, who is chairman emeritus and a board member of the business he co-founded in 1956 as an engineering services firm, expanded the company to nearly 2,000 employees with services including disaster assistance, hazardous materials management, and cloud computing. Committed to advancing the planning, engineering, and surveying professions, Dewberry is a founding member and former chairman of the highly acclaimed Engineers & Surveyors Institute. He is the recipient of the Virginia Economic Bridge Initiative’s Leadership Award, both the Captain of Industry Award and the James Reese Award for Lifetime Achievement from the Fairfax County Chamber of Commerce, the Founders Award from the Northern Virginia Community Foundation, and was inducted into the Washington Business Hall of Fame in 2007.

After serving in World War II, Sidney Dewberry attended GW on the GI Bill, and graduated in 1951 with a bachelor of science degree in civil engineering. Five years later, he and his business partner, Jim Nealon, co-founded the firm that ultimately grew into Dewberry LLC. Along the way, he was joined by GW Hall of Fame inductee Richard Davis, who became a full partner in the firm in 1975. As co-founder and chairman of Dewberry LLC, Dewberry takes great pride in working in a business whose labors make a very visible and tangible impact on the world. The firm has provided architectural and engineering services, planning, program management and surveying services, land planning, environmental compliance, and security and homeland defense services to government agencies and departments, universities, real estate developers, and other commercial and institutional groups. The company maintains 40 offices with approximately 2,000 employees throughout the United States. Major projects for which Sidney Dewberry has served as partner in charge include: Pentagon City; Montgomery Village; Tysons II, Fair Oaks and Lake Forest Malls; and the Dulles Toll Road.