Hauling suitcases and staggering under boxes, students at the George Washington University will move this month into the residence halls they’ll call home for the academic year. Students have been living on campus almost continuously since the university’s founding 200 years ago—with some exceptions, like the Civil War, during which all university buildings were commandeered for Army use. (The few students who weren’t involved in the fighting lived and learned in professors’ private homes—another form of residential life.) 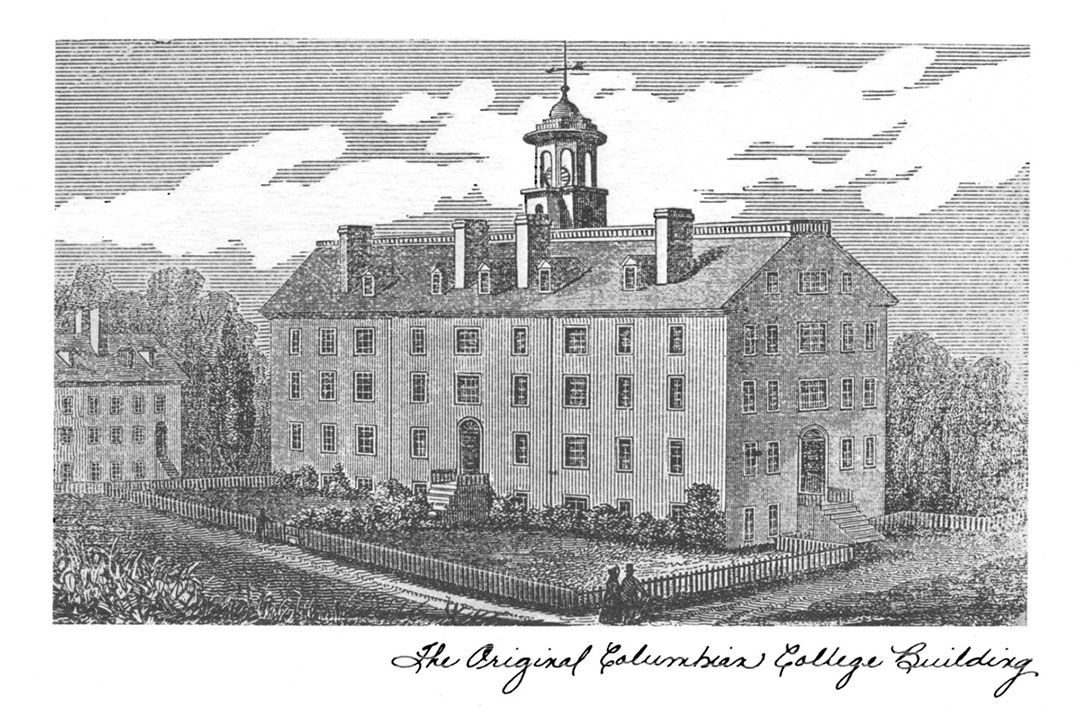 The first students on campus lived in a single building at Columbian College’s College Hill location, which had five floors, 58 rooms and 60 fireplaces and could accommodate 100 students.

This is a move-in period unlike any other, with staggered moving dates that start on Aug. 16 and safety protocols in place after a year when COVID-19 made remote learning a necessity. But as these photos from decades of GW move-ins show, some things—help from families and new friends, piles of pillows and armfuls of towels—have stayed consistent. 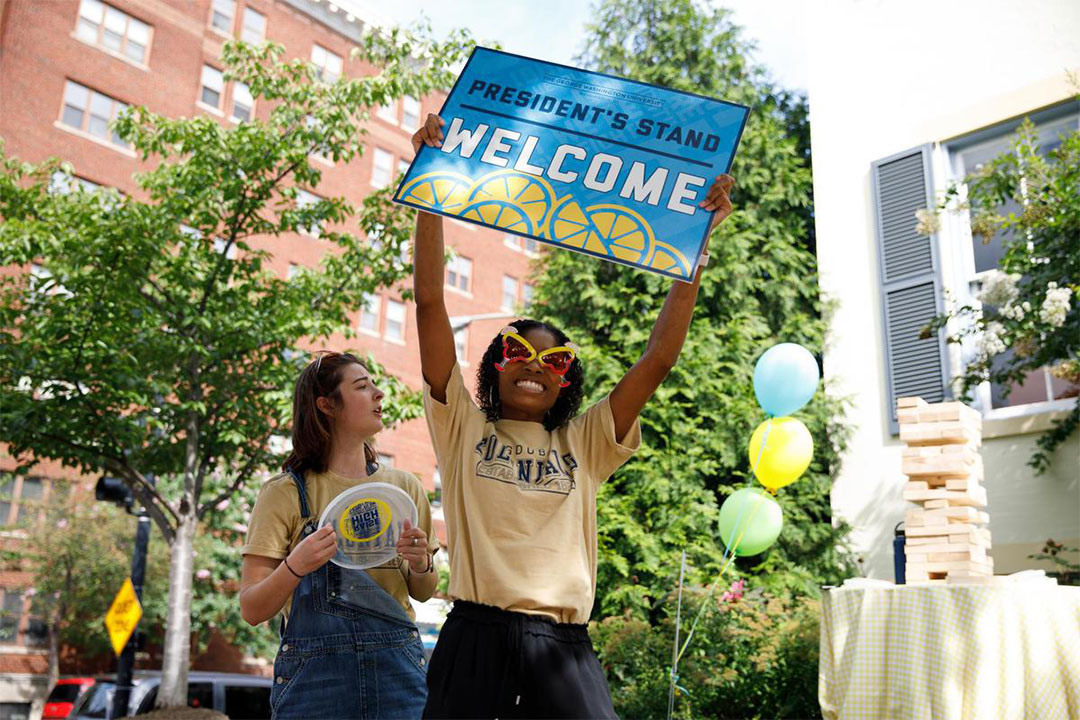 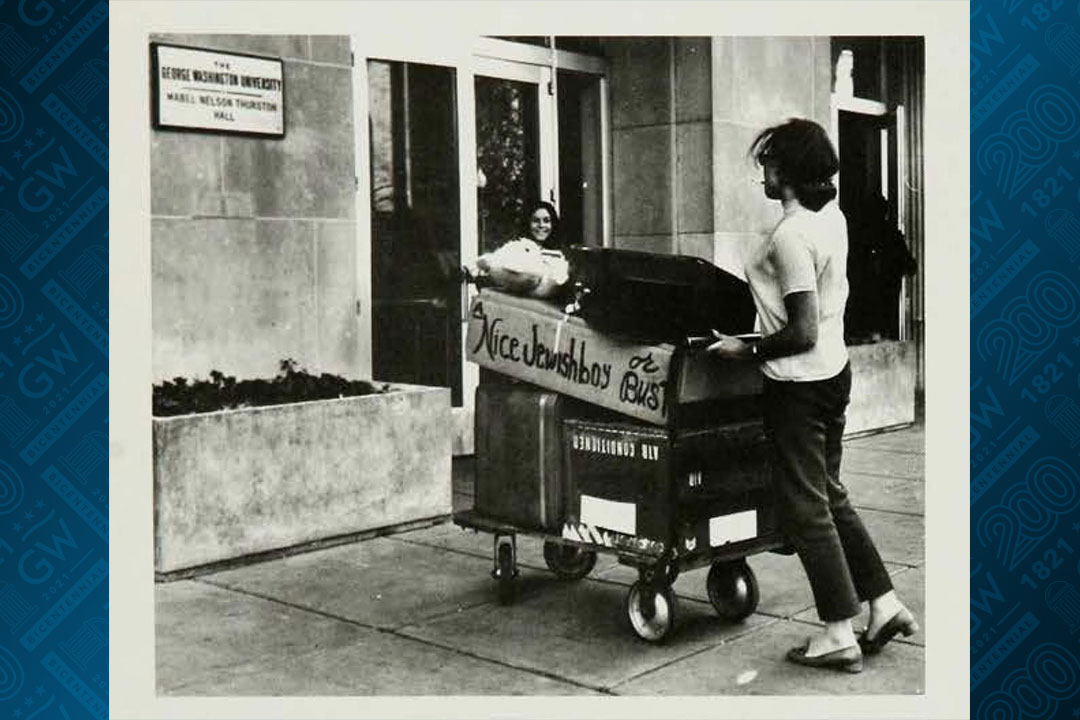 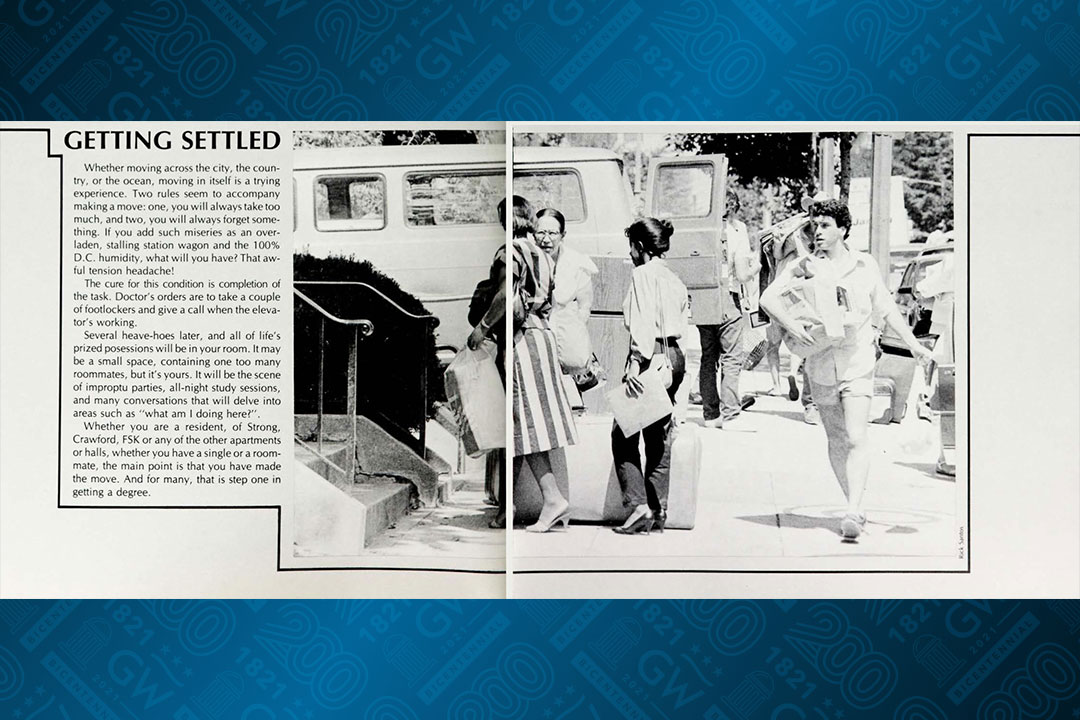 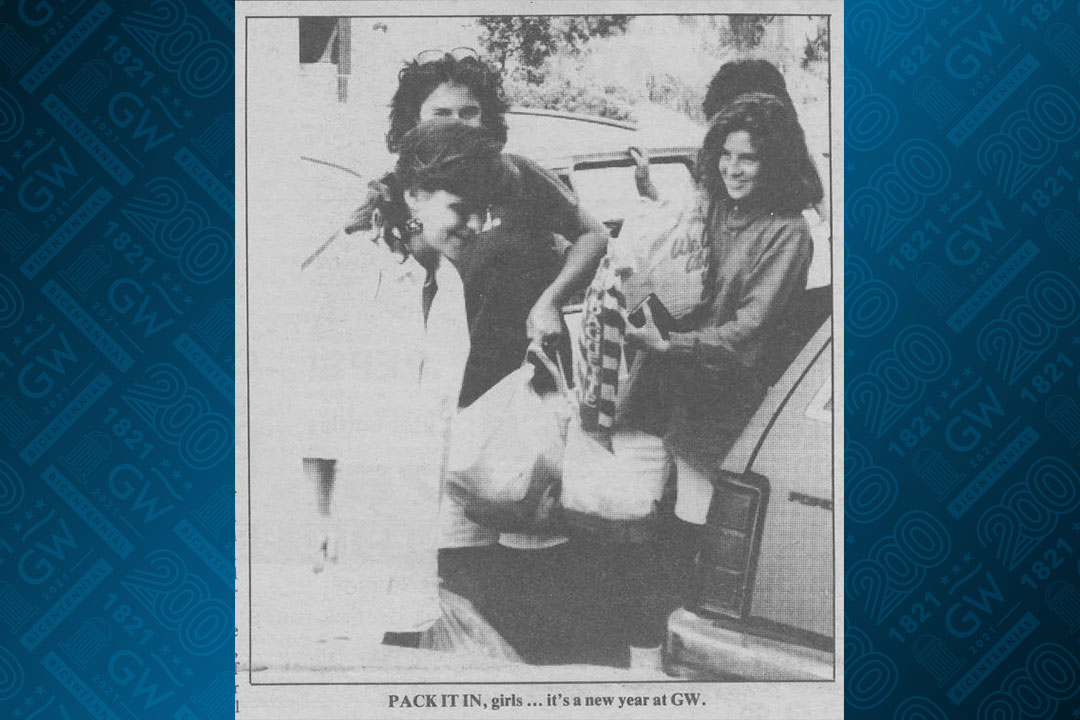 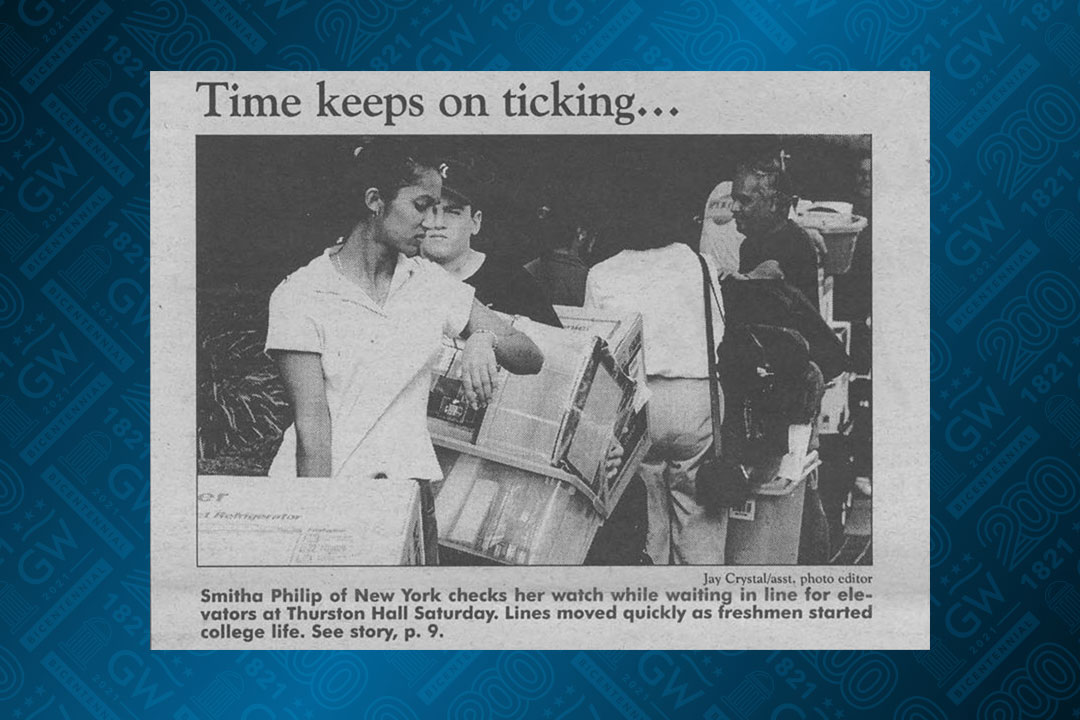 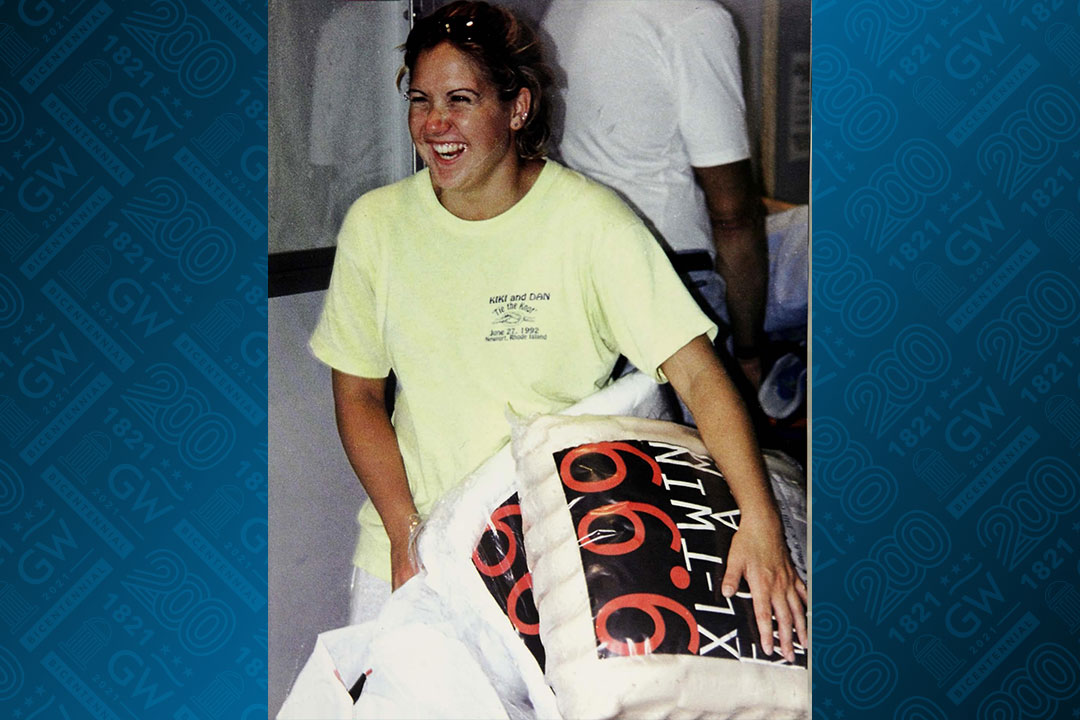 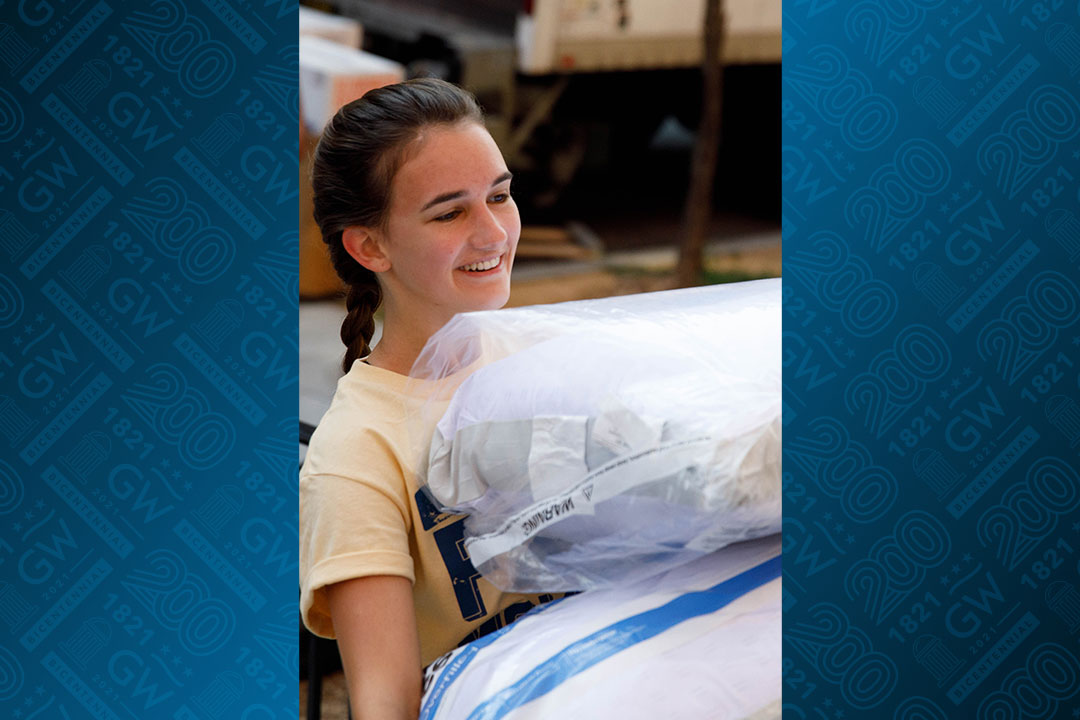 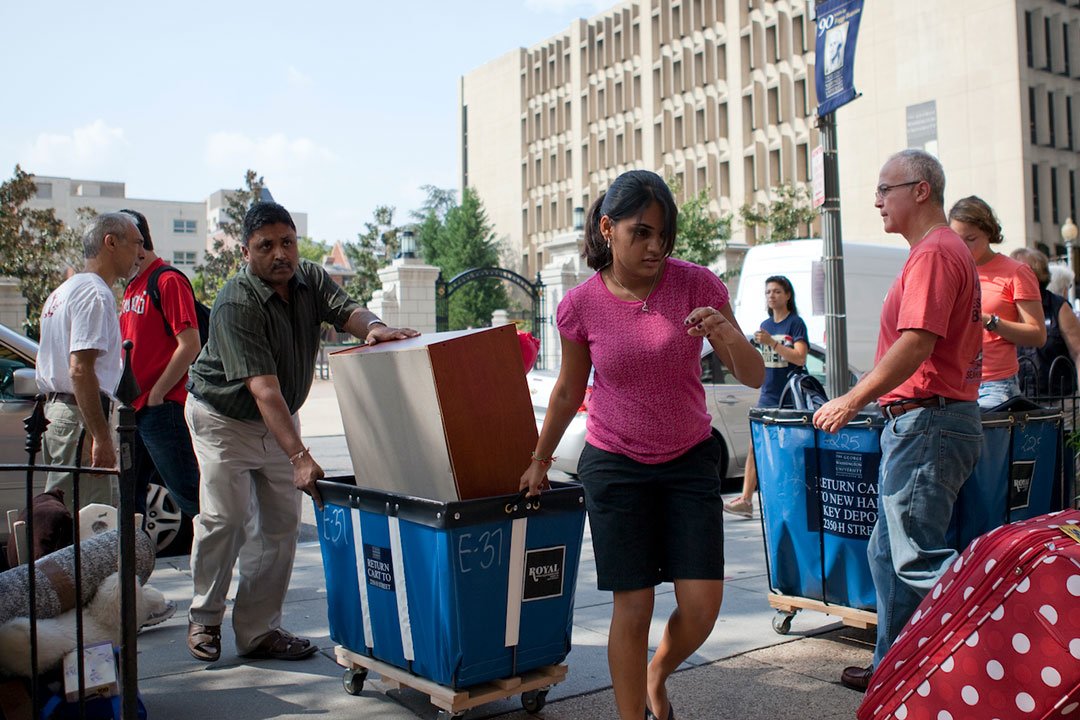 A family moves in furniture, 2010. Photo by Jessica McConnell-Burt 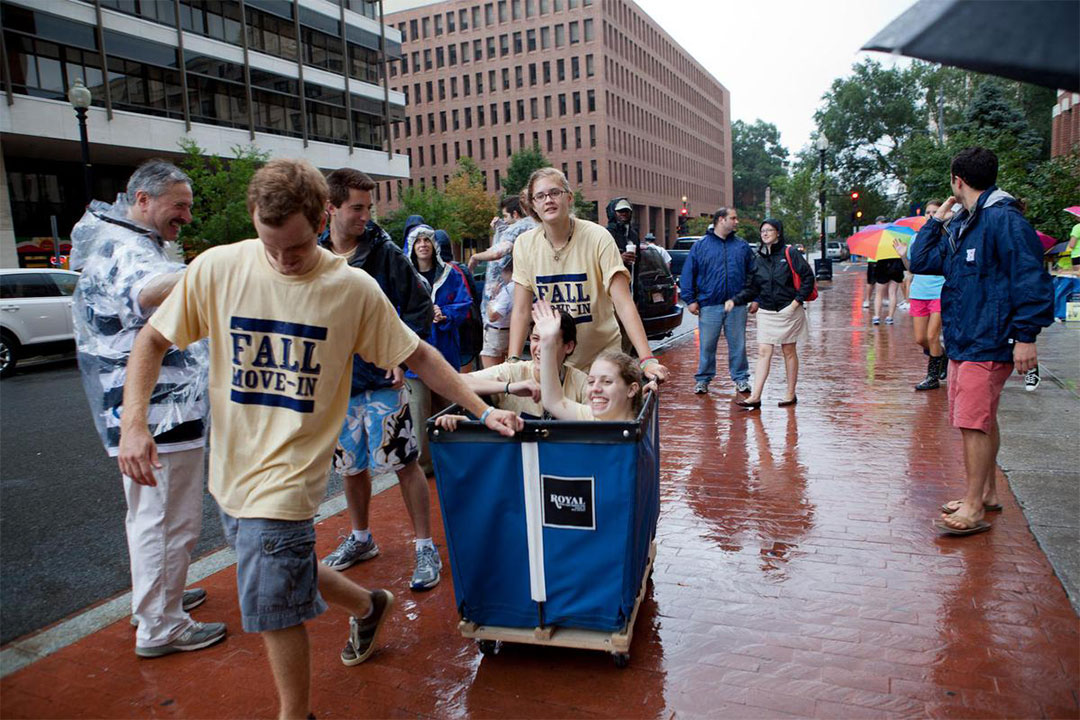 No dampened spirits despite a rainy move-in in 2011. Photo by Jessica McConnell-Burt 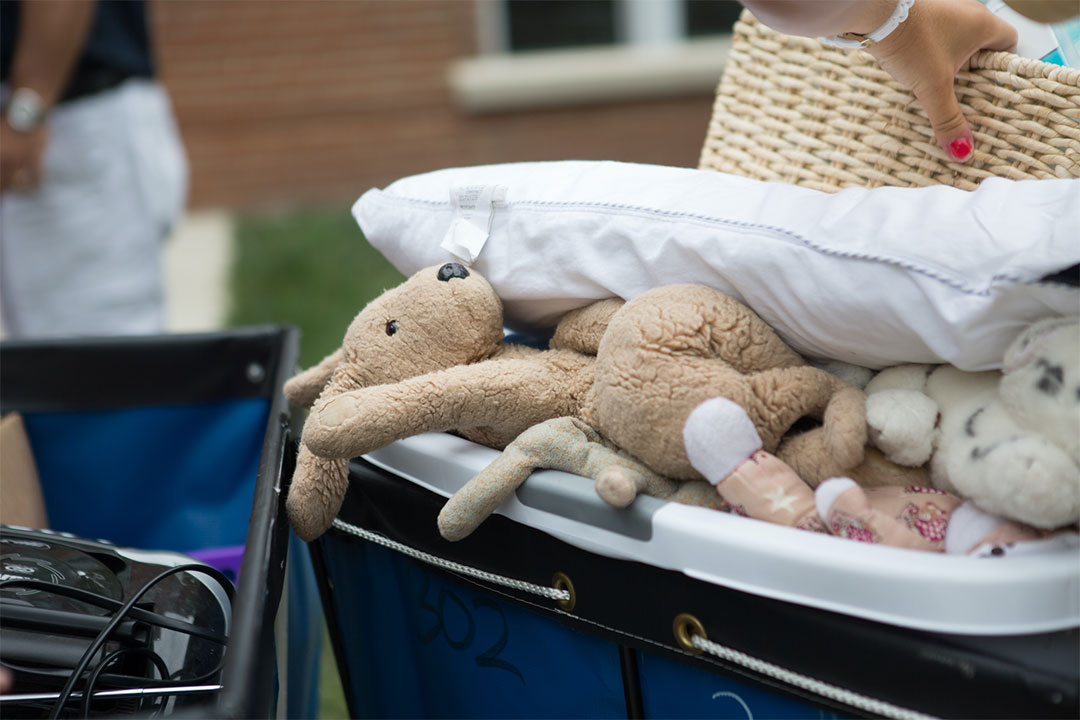 Moving in some favorite companions, 2012. Photo by Jessica McConnell-Burt 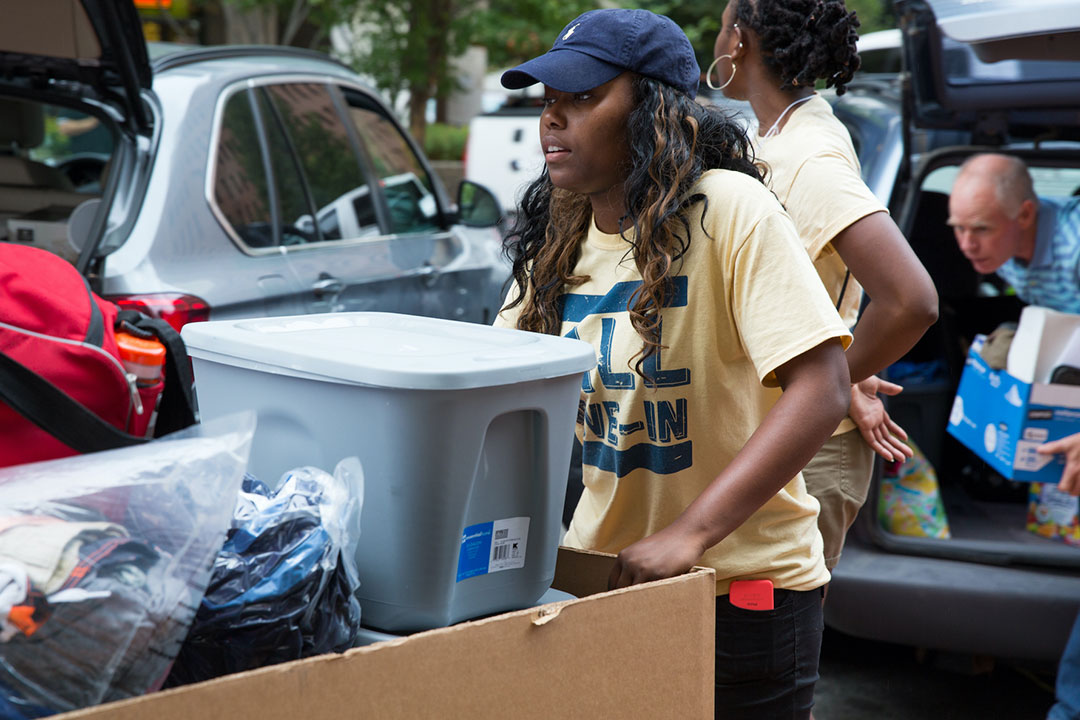 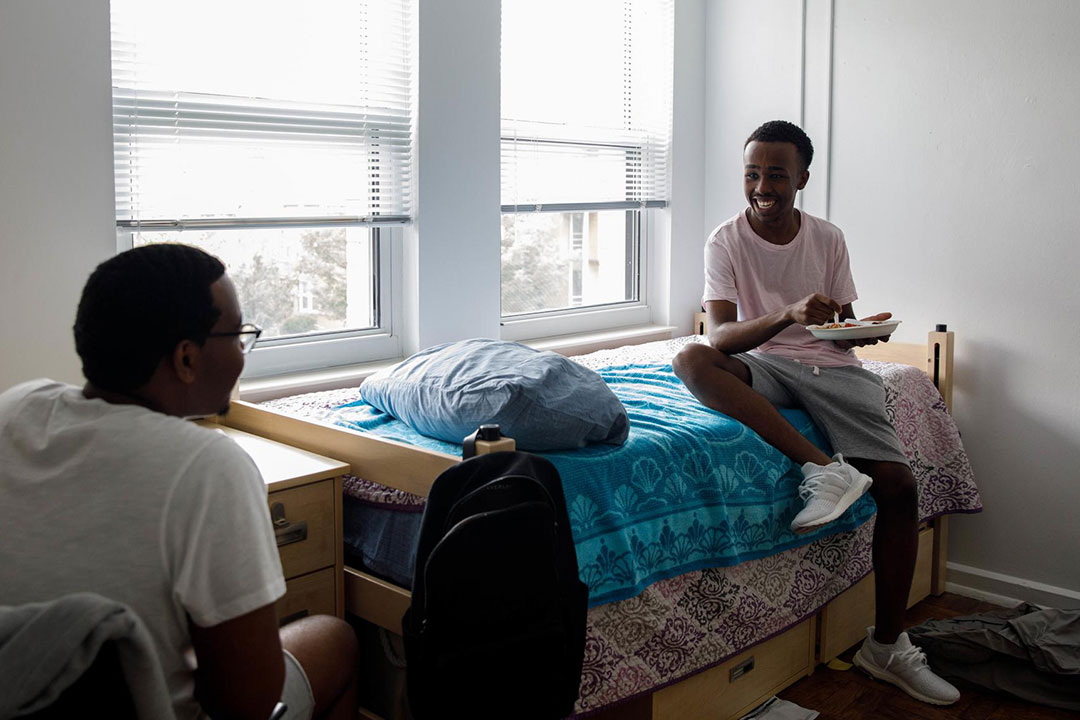 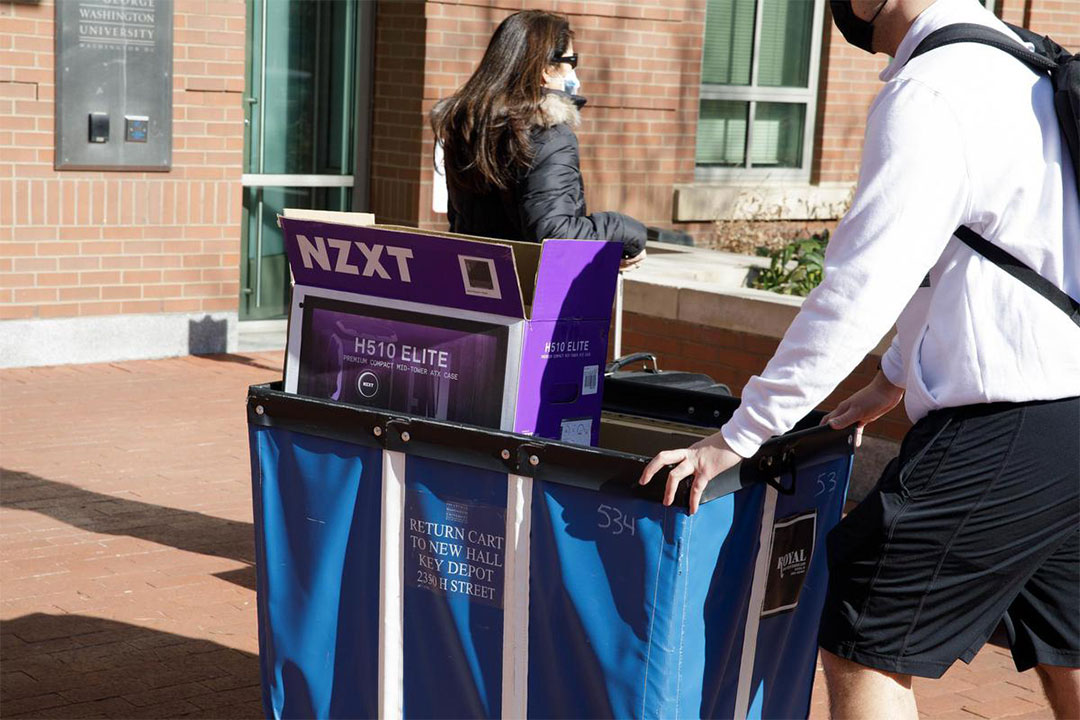 During the remote learning period, some GW students returned to campus in spring 2021 under robust public health protocols. Photo by William Atkins