GW has hosted some of the world’s most important changemakers in its 200 years. 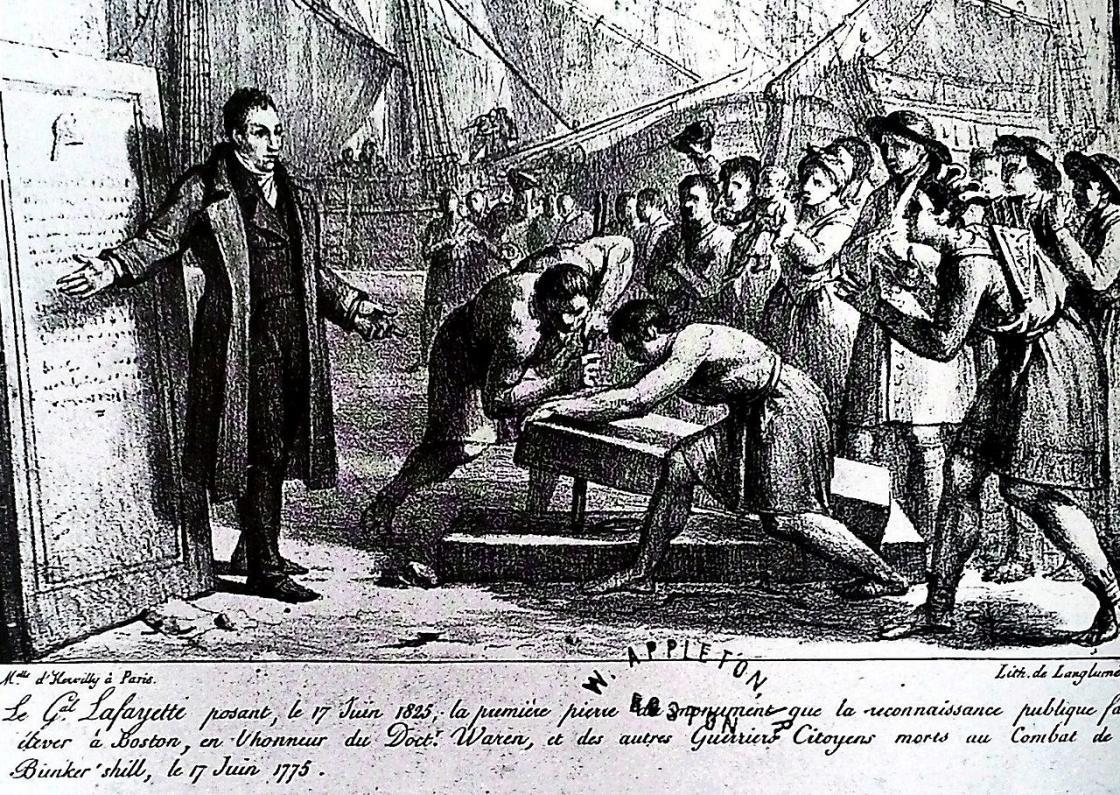 The Marquis de Lafayette on his American farewell tour, 1825.

In 1824, the Marquis de Lafayette returned to the United States as the last surviving French general of the Revolutionary War, a hero and adopted son whose negotiations with France helped secure American independence. For one stop on his tour, he was a guest of honor as just three graduates received their degrees at the first-ever commencement of Columbian College, the institution that would eventually become the George Washington University. 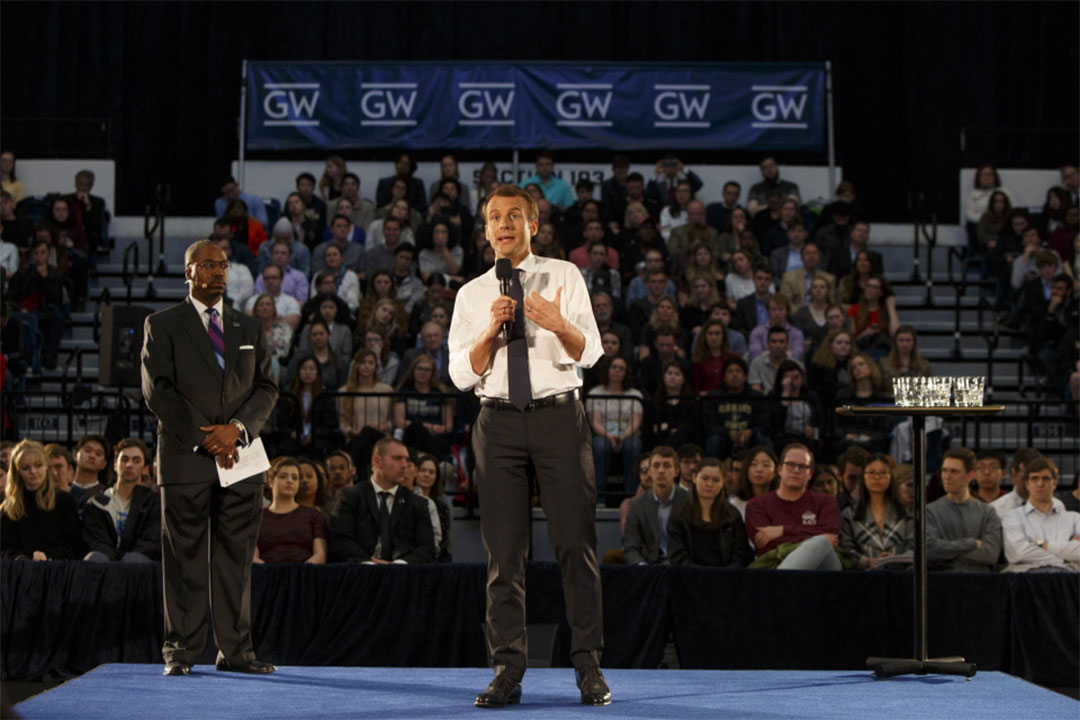 Two centuries later, GW has hosted changemakers and dignitaries from around the world—including, in 2018, another popular French leader in President Emmanuel Macron. 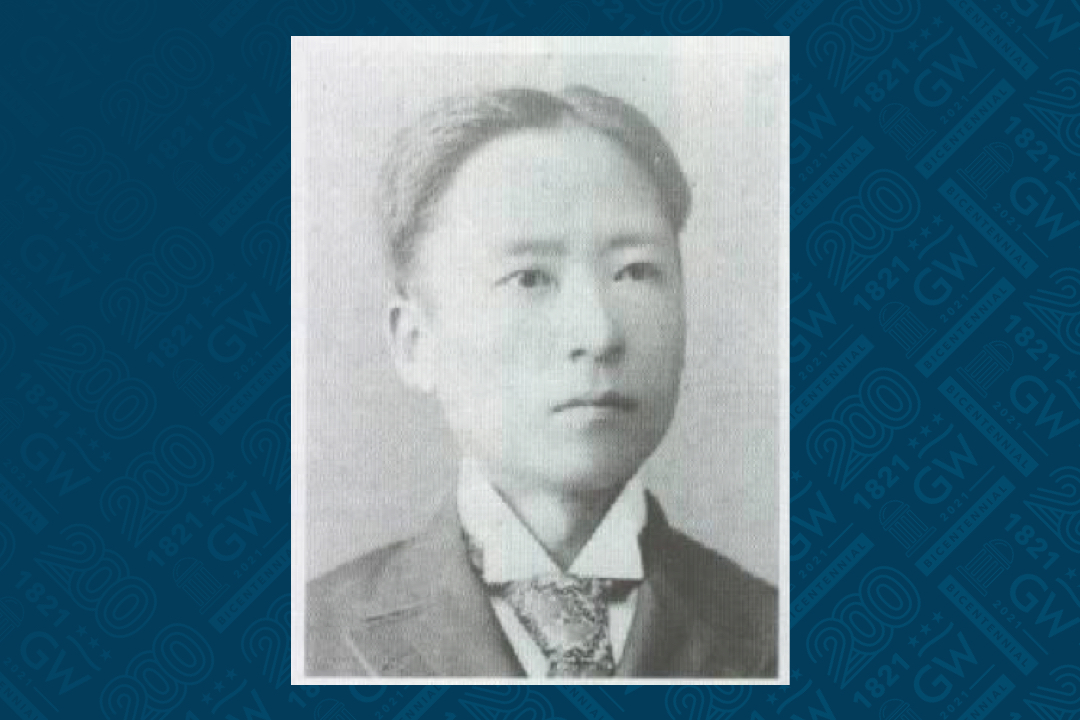 Some changemakers don’t just visit GW: They are shaped by it. Philip Jaisohn, a Korean activist and physician, was probably GW’s first Asian student to matriculate when he graduated from Columbian Medical College in 1892. He would become the first Korean to attain American citizenship and would spend his career advocating for Korean independence. 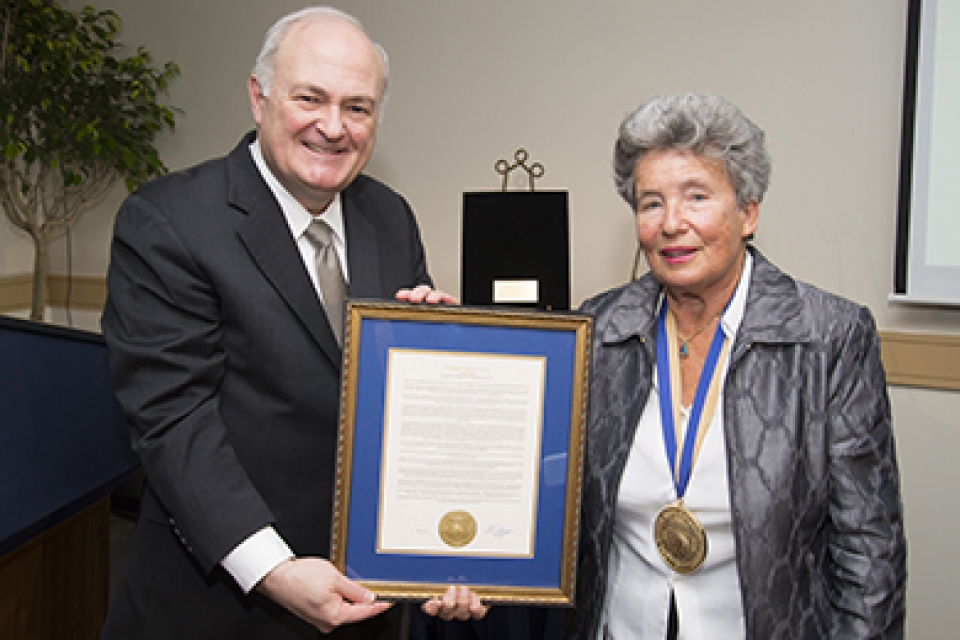 Some graduates were undeniable heroes. Carl Lutz, B.A. ’24, is credited with saving 62,000 Jews from Nazi persecution by establishing safe houses and issuing letters of protection during his time as a Swiss diplomat serving in Budapest. He exploited dehumanizing Nazi language to interpret “units” as meaning families rather than individuals, thus extending protection to tens of thousands of additional Hungarian Jews. In 2014, GW presented his daughter, Agnes Hirschi, with a posthumous President’s Medal on her father’s behalf. 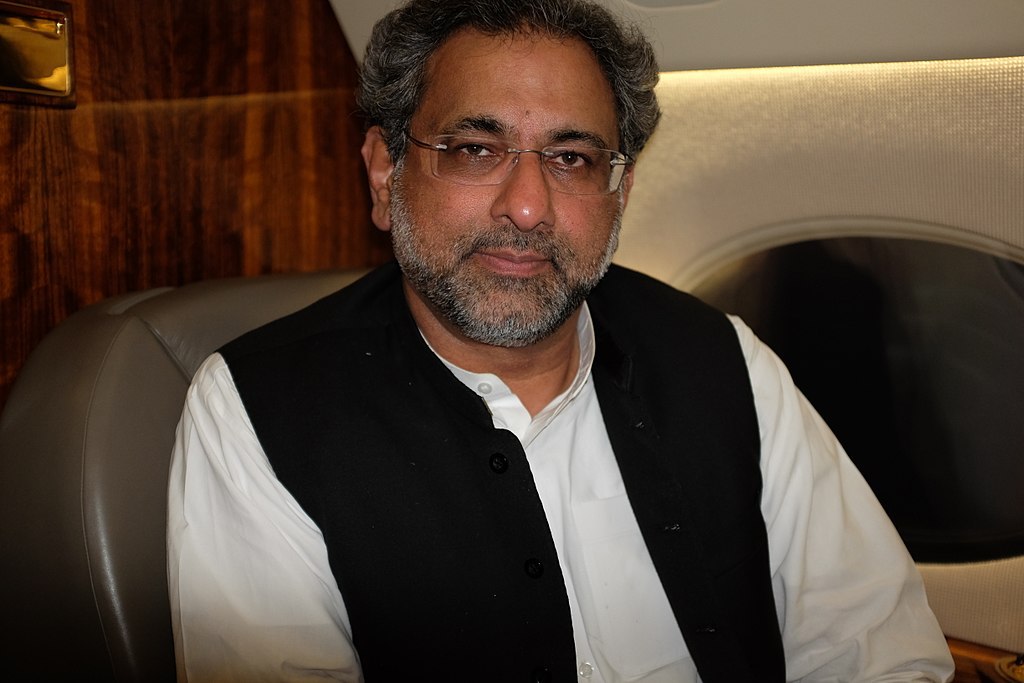 Shahid Khaqan Abbasi, M.E.A. ’83, was a professional engineer before he became the 14th prime minister of Pakistan. 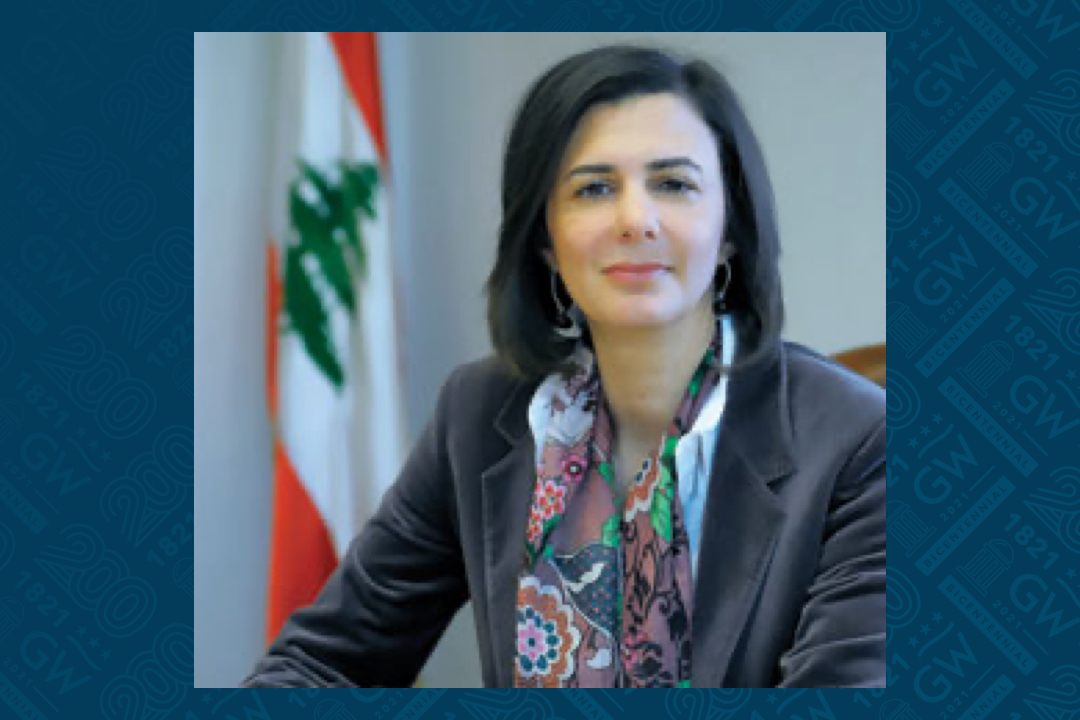 Raya Haffar el Hassan, M.B.A. ’90, is a pioneering politician in Lebanon, where she was the first woman to hold the position of finance minister and most recently was minister of the interior and municipalities. 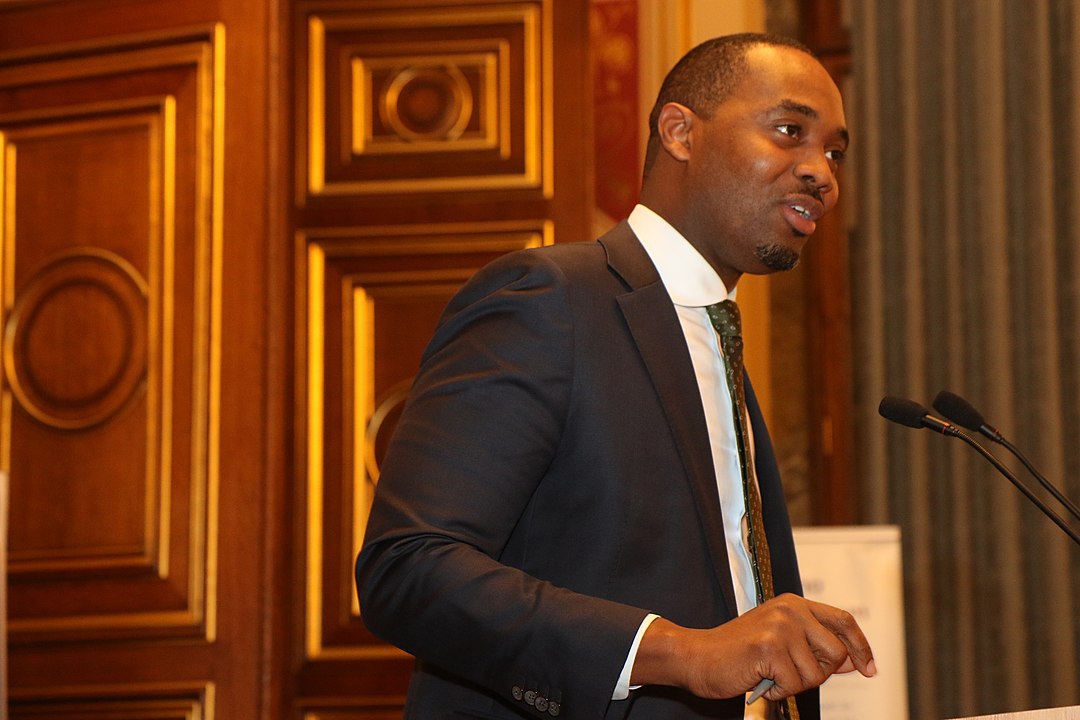 Edward “David” Burt, B.B.A. ’01, M.S. ’03, is Bermuda’s youngest-ever premier—and also showed a talent for electoral politics at GW, where he was elected president of the Student Association. 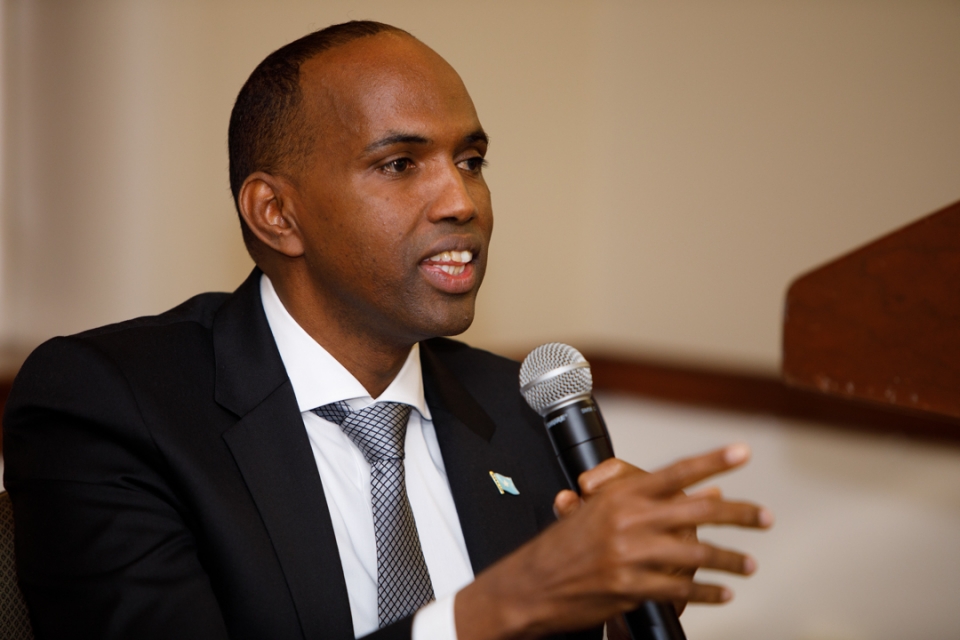 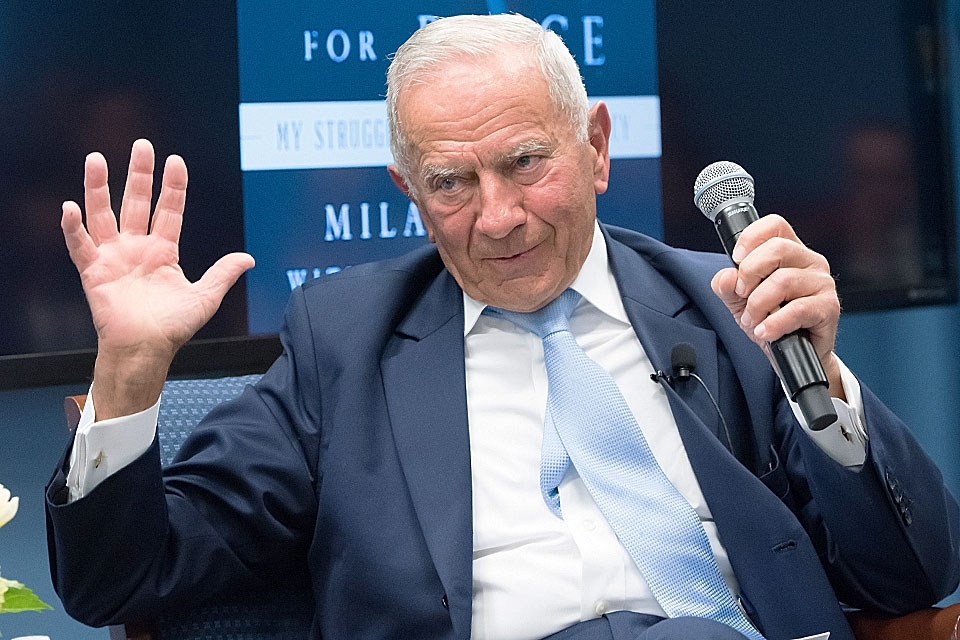 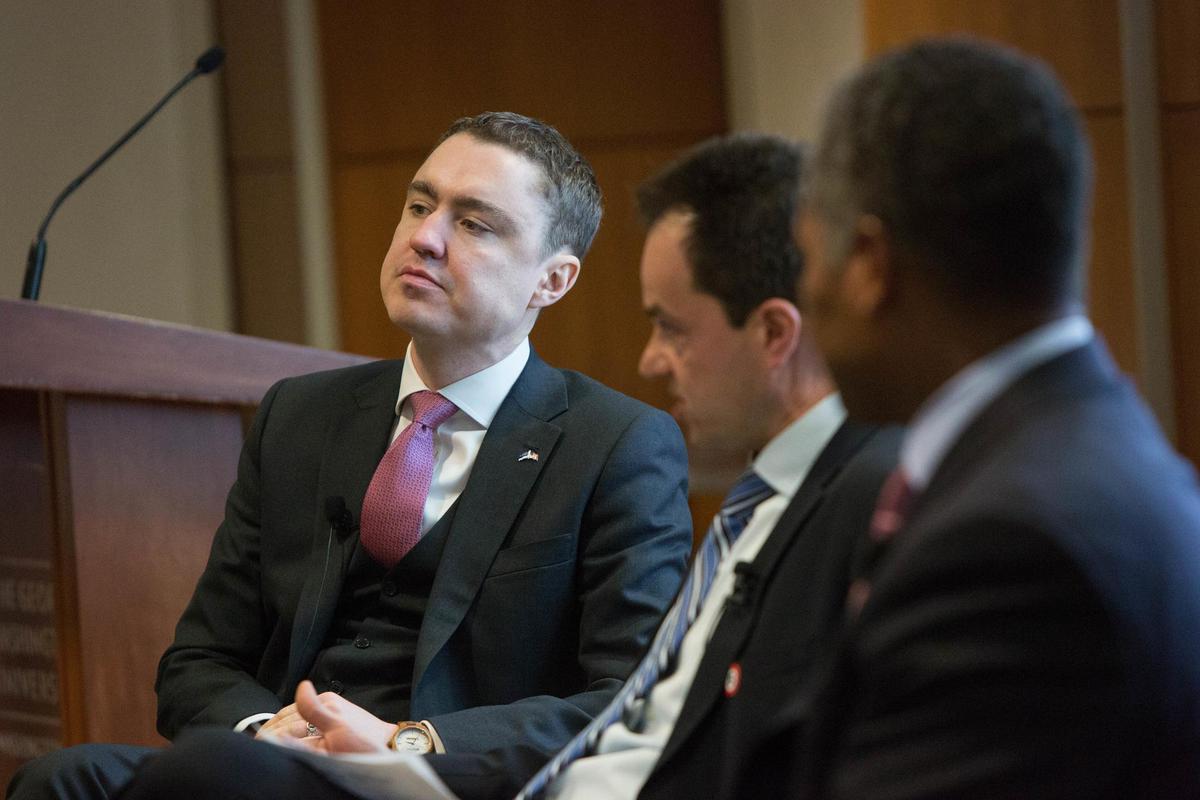 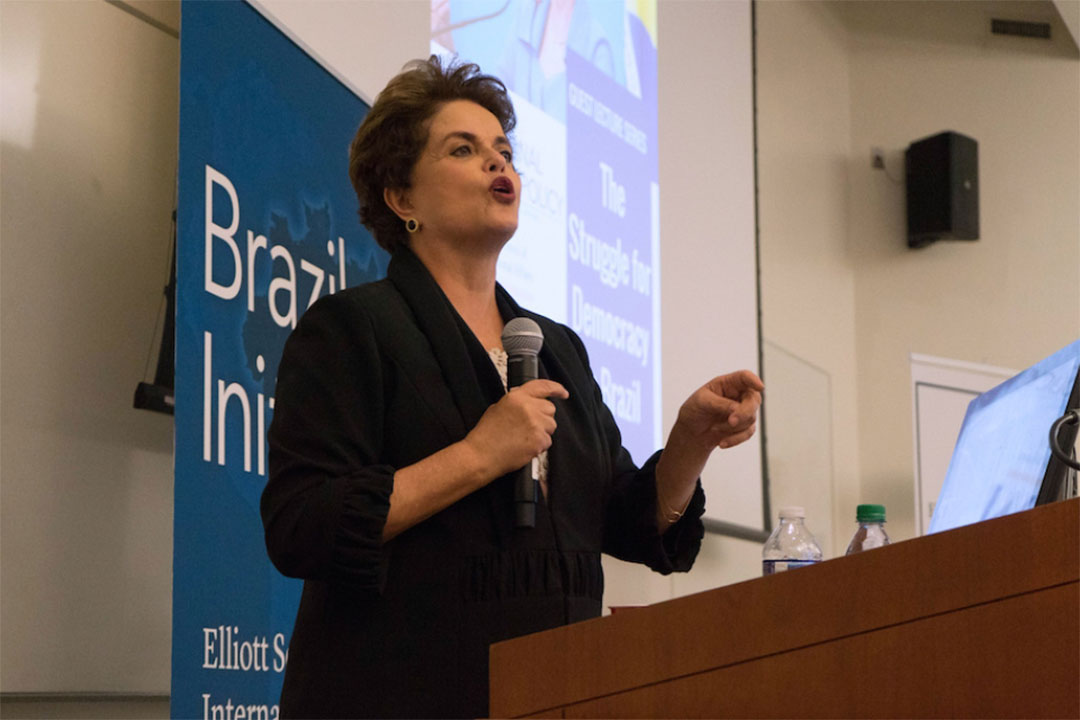 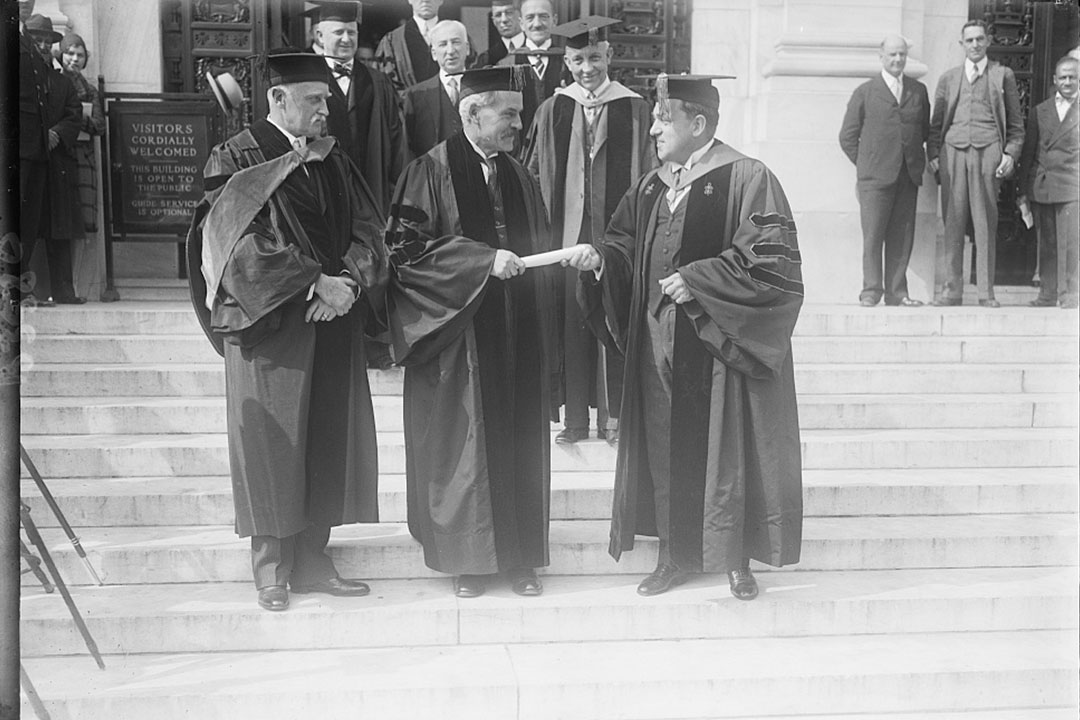 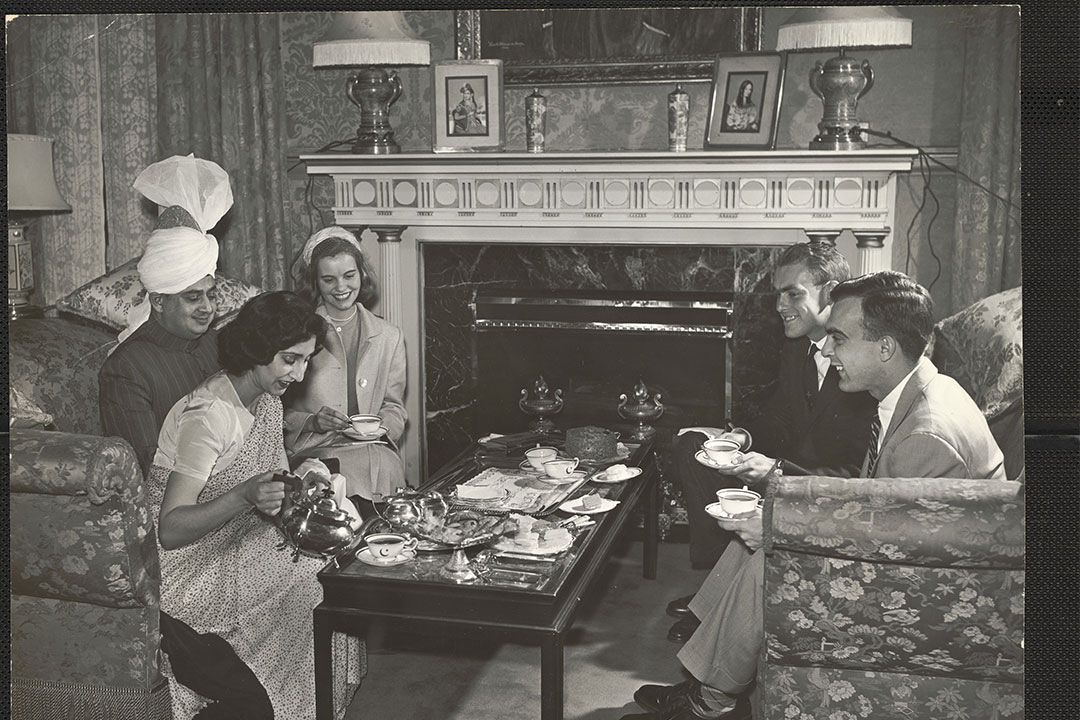 Students have tea at the Embassy of Pakistan, 1954, with Ambassador Syed Amjad Ali (left center) and his daughter Talat A. Ali (left front), a GW student. GW has benefited not just from its closeness to centers of American lawmaking, but also its proximity to D.C.’s international embassies. 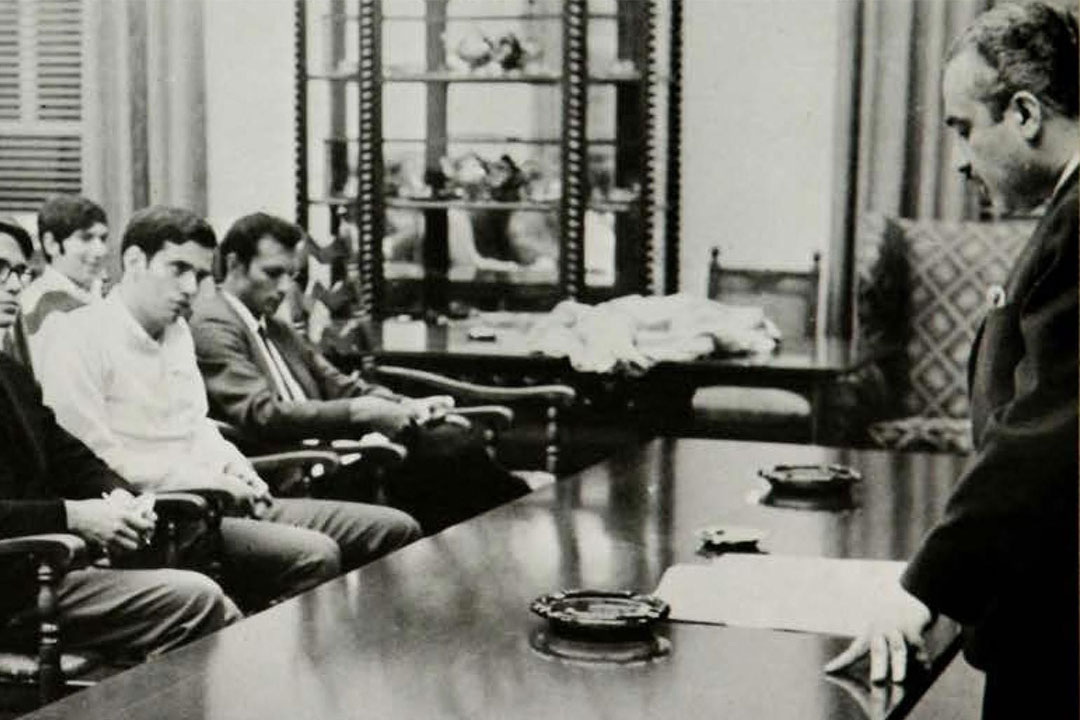 Ambassador from Kuwait H. F. Talat al Ghoussein spoke to GW’s International Student Society in 1968, a year during which that organization was one of the largest on campus. 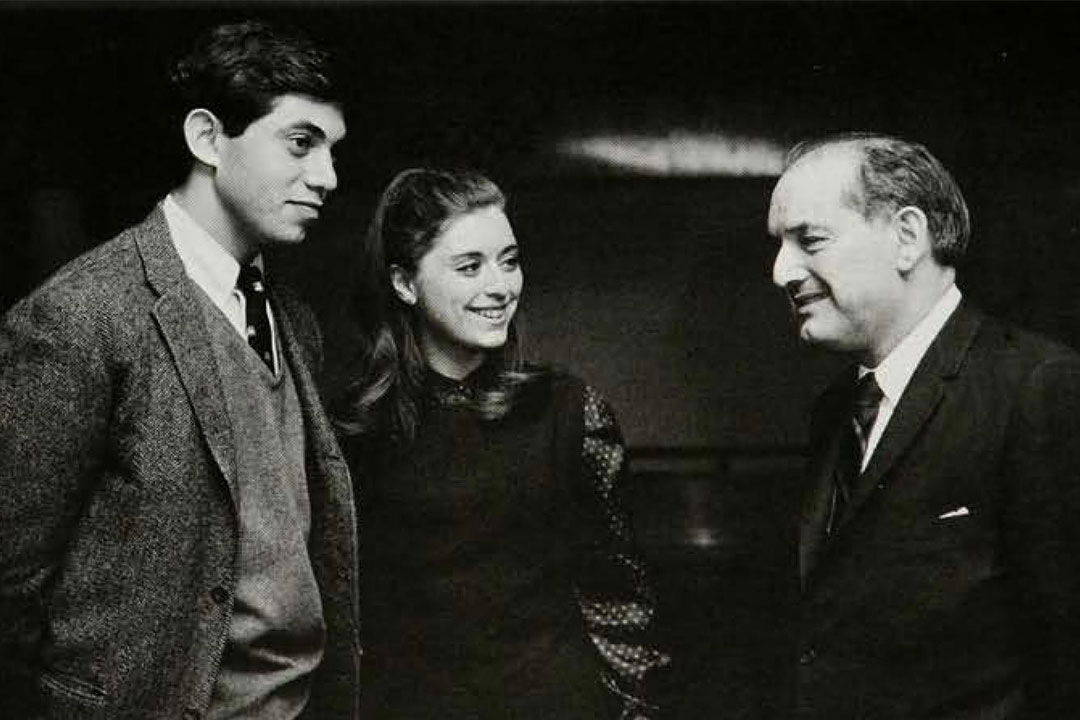 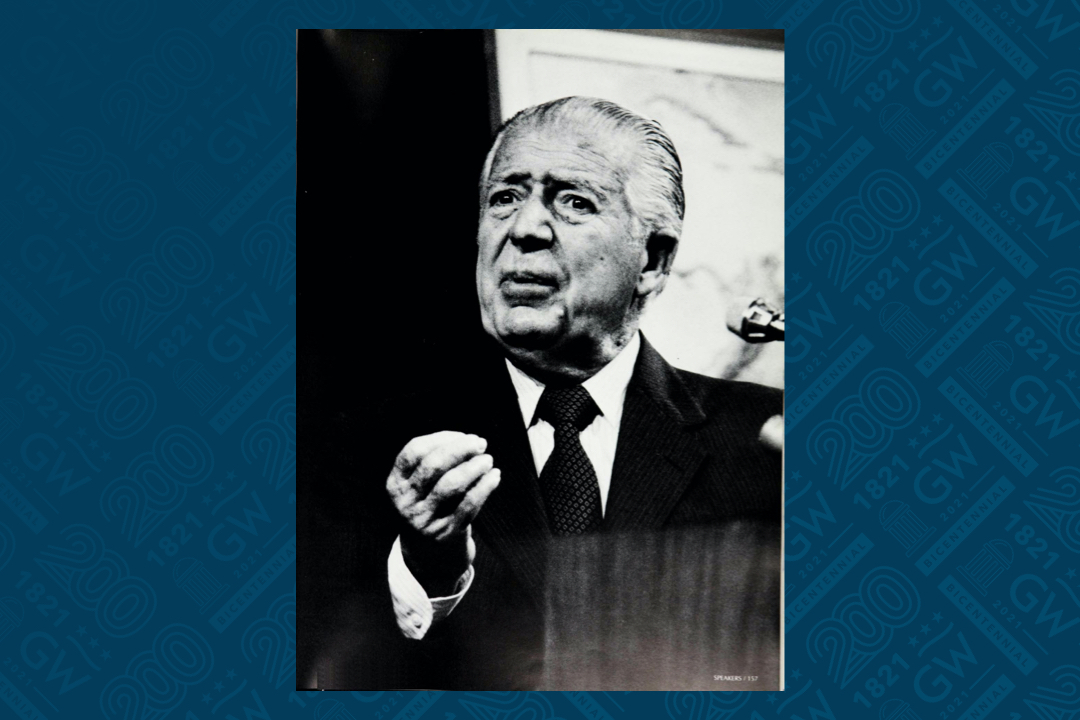 Fernando Belaunde-Terry, who served two terms as president of Peru from 1963 to 1968 and from 1980 to 1985, spoke at GW in 1985 about democratic reform and the horrors of guerilla violence in his country. 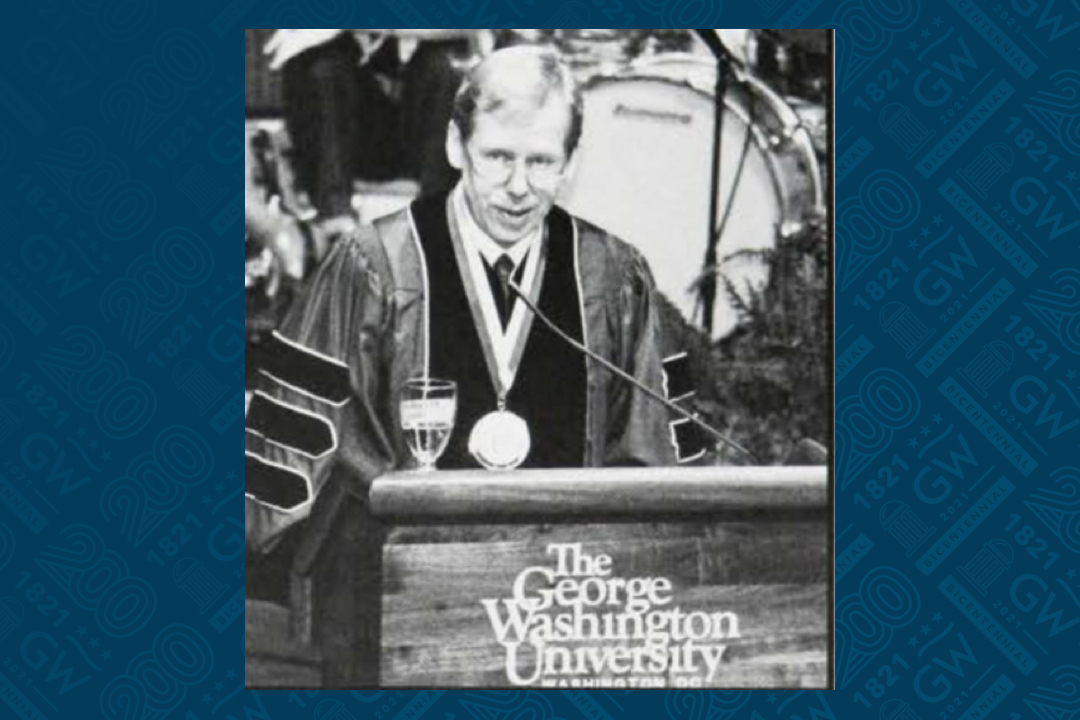 Several powerful icons of transformative democracy and nonviolent resistance visited GW in the 1990s. Poet, playwright and President of the Czech Republic Václav Havel received the GW President’s Medal in 1993… 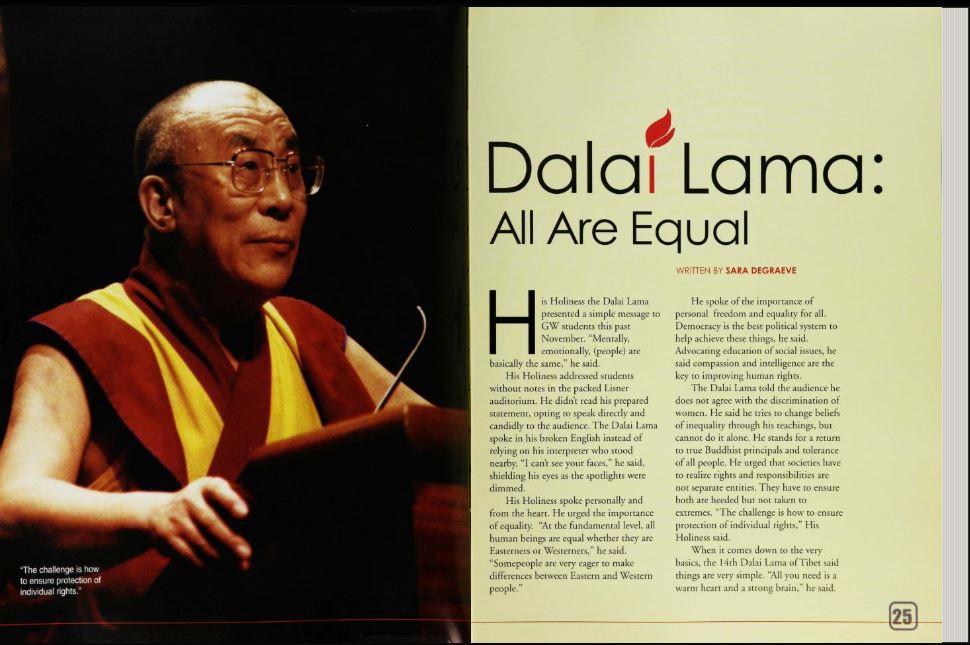 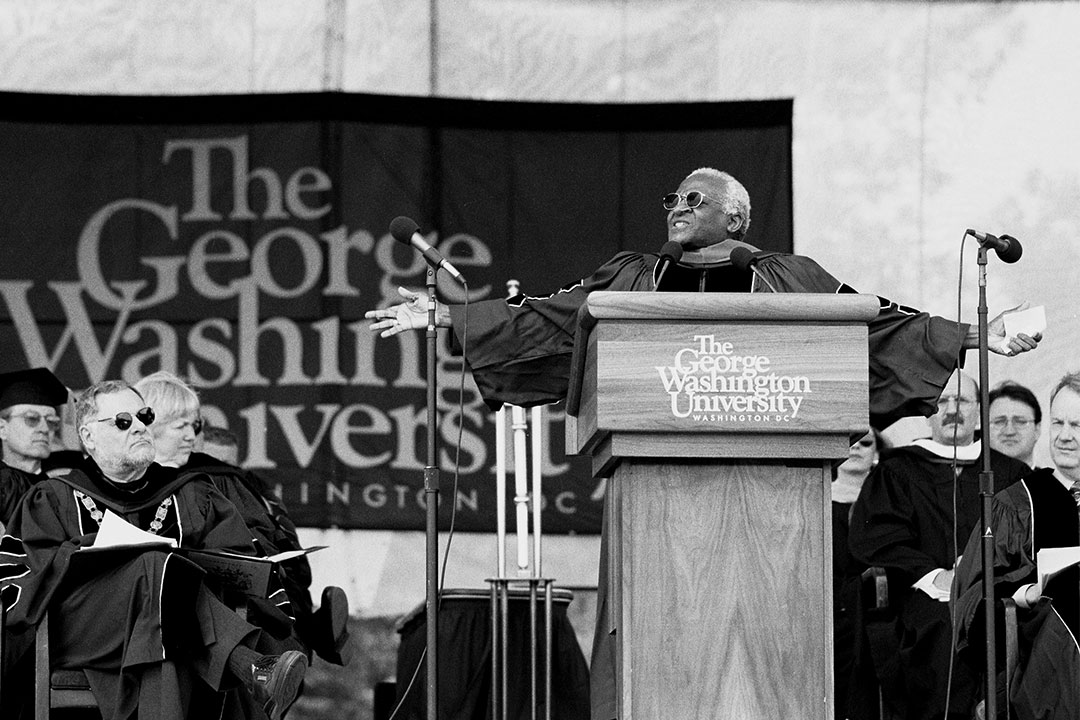 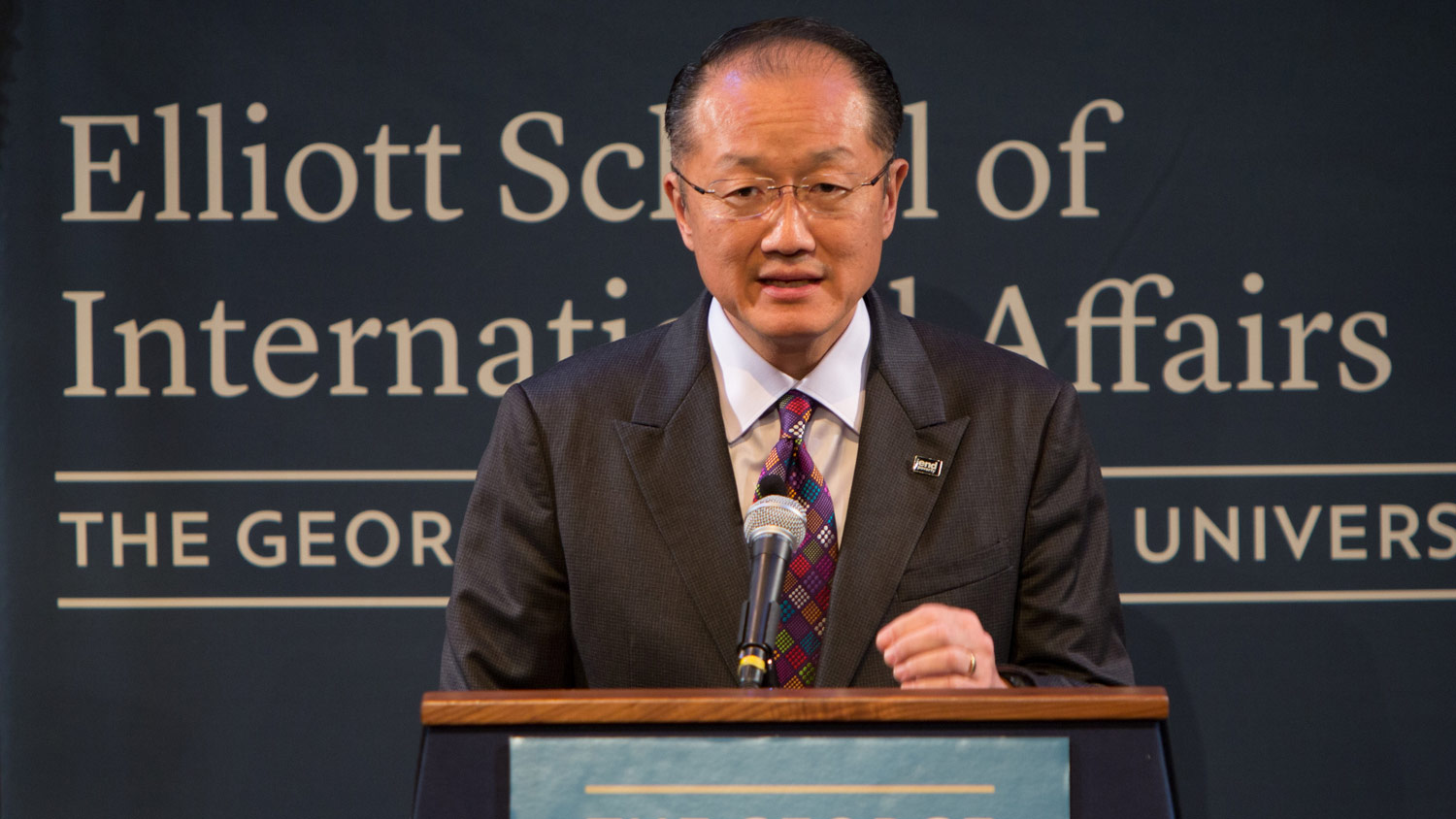 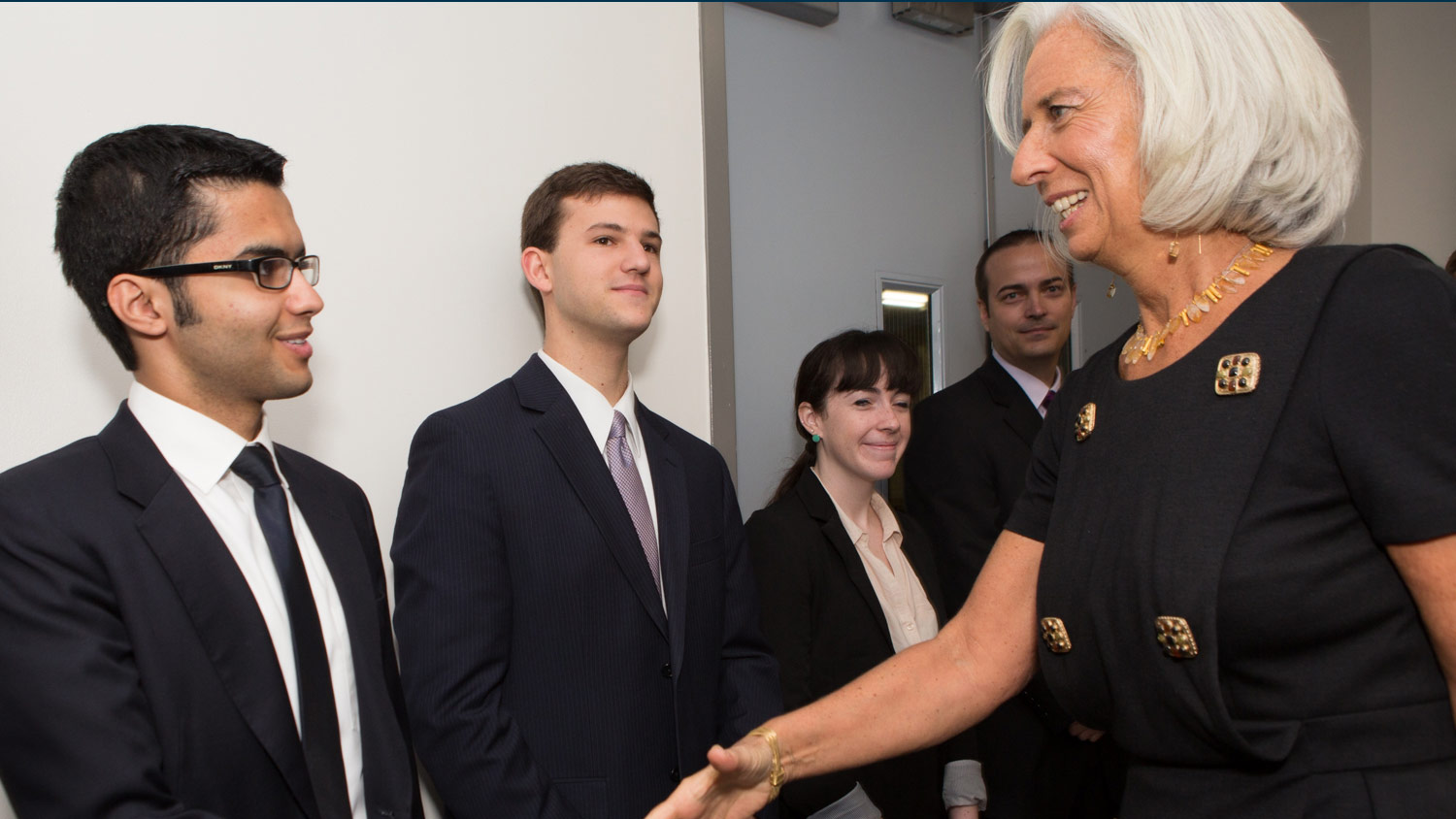 Not all those who influence international policy, of course, are politicians. World Bank President Jim Yong Kim and International Monetary Fund Managing Director Christine Lagarde answered questions from a GW audience in 2013. 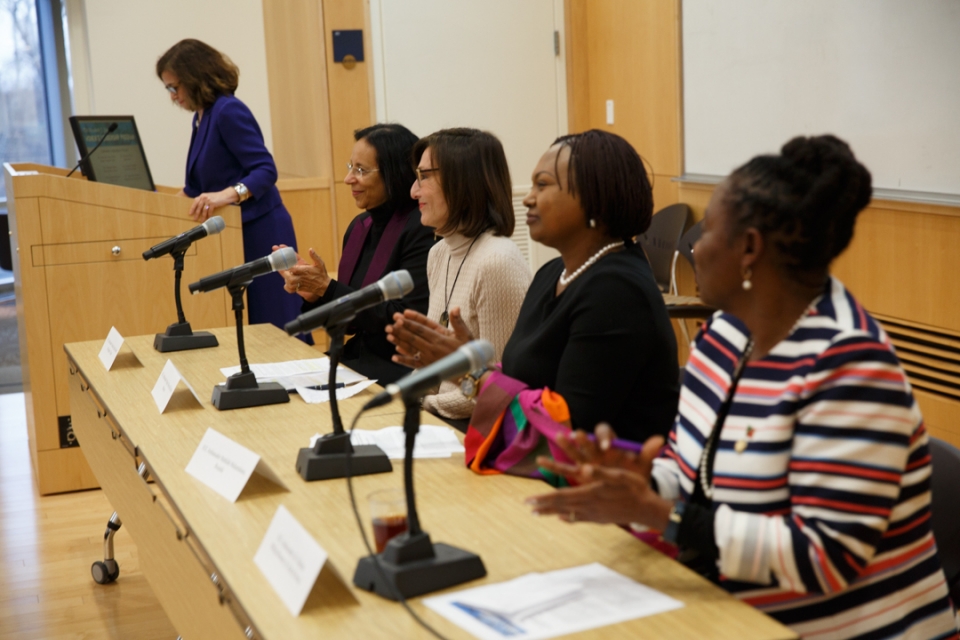 Bringing international leaders to GW is also about expanding conversations on leadership. In 2018, GW hosted a panel of women ambassadors from Oman, Monaco, Rwanda and St. Kitts and Nevis who discussed the unique opportunities and challenges of their positions. 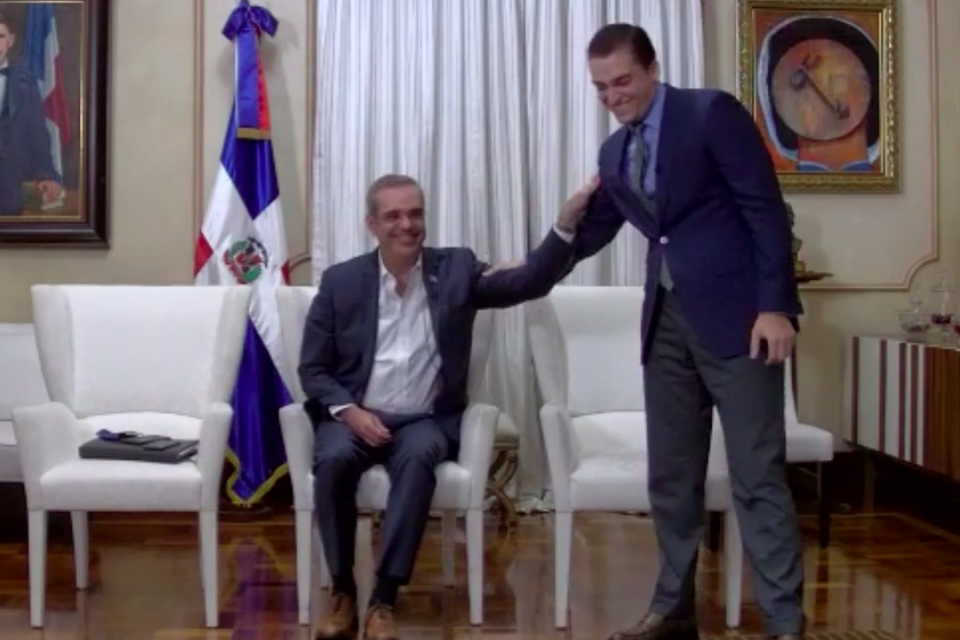 During the COVID-19 pandemic, GW’s collaborative global network has continued to bring international leaders to the university virtually. In October 2020, CCAS student Gaetano Pellicce Sebelen (right) introduced President of the Dominican Republic Luis Abinader (seated)  at a Graduate School of Political Management discussion on 2020 elections in the United States and Latin America.