The George Washington University has fostered groundbreaking ideas and creative solutions for two centuries. Learn about just a few of the many big thinkers—including several of our living Monumental Alumni—who have called GW home. 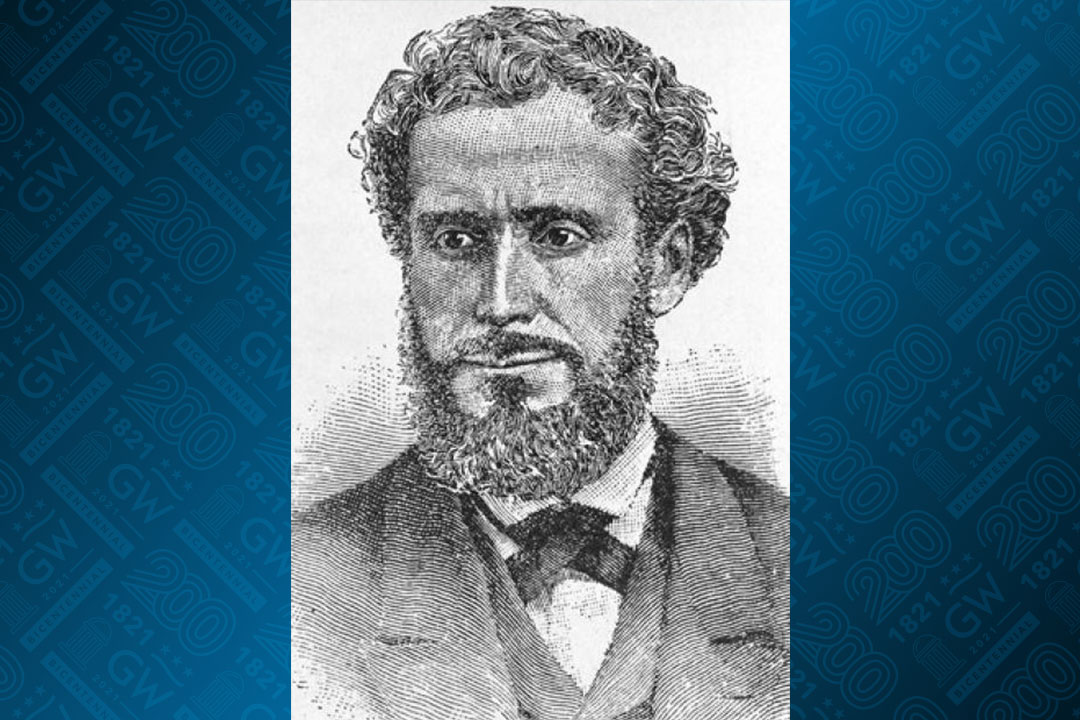 Some of the most important innovations of the past 200 years came from members of the GW community. National Inventors Hall of Fame inductee Charles G. Page, a faculty member at Columbian College in the latter half of the 19th century, helped invent the high voltage induction coil—the first known electrical transformer. 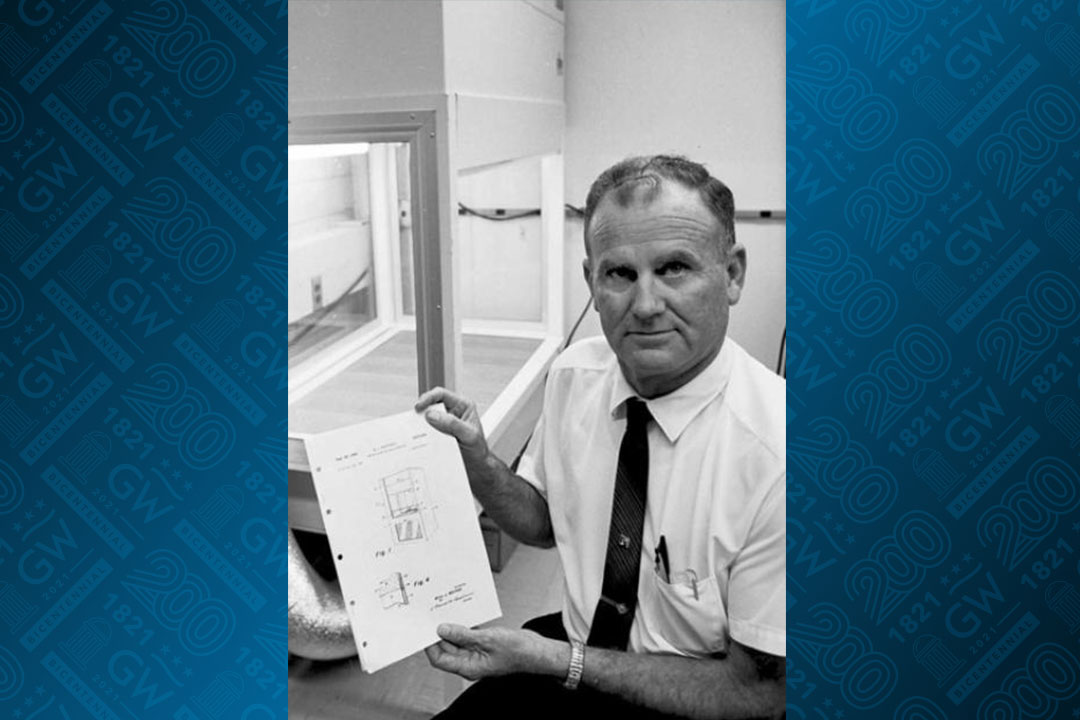 Another NIHF inductee, Willis Whitfield, took graduate courses at GW in the 1950s before revolutionizing research and industry by inventing the clean room. 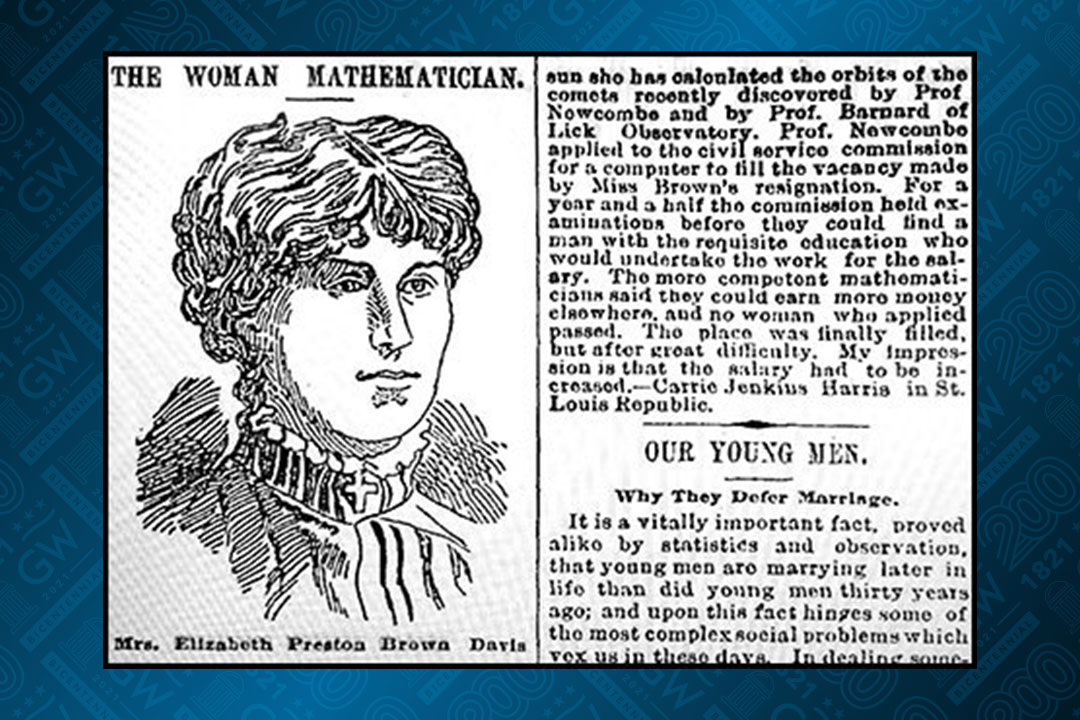 Marjorie Rhodes Townsend, B.S. ’51, was the first woman to receive an engineering degree from GW and the first woman to manage a spacecraft launch for NASA. She invented a system of digital telemetry that would be used in the Nimbus program, major early meteorological satellites.

In the present day, an overwhelming number of GW faculty are patentholders and innovators. National Academy of Inventors fellows include School of Engineering and Applied Science’s Igor Efimov, Michael Keidar and Mona Zaghloul; the School of Medicine and Health Sciences’ Robert Miller, Ferid Murad and Douglas Nixon; Columbian College of Arts and Sciences’ Akos Vertes; and Steven Kubisen, managing director of GW’s Technology Commercialization Office. Other distinctions abound, too: SEAS’ Charles Garris is a winner of the Thomas Edison Patent Award from the American Society of Mechanical Engineers, for instance.

Some faculty are inventors and pioneers outside their field of scholarship. Now-GW Law professor John Banzhaf, for example, received the United States’ first computer programming copyright as a law student in 1964. 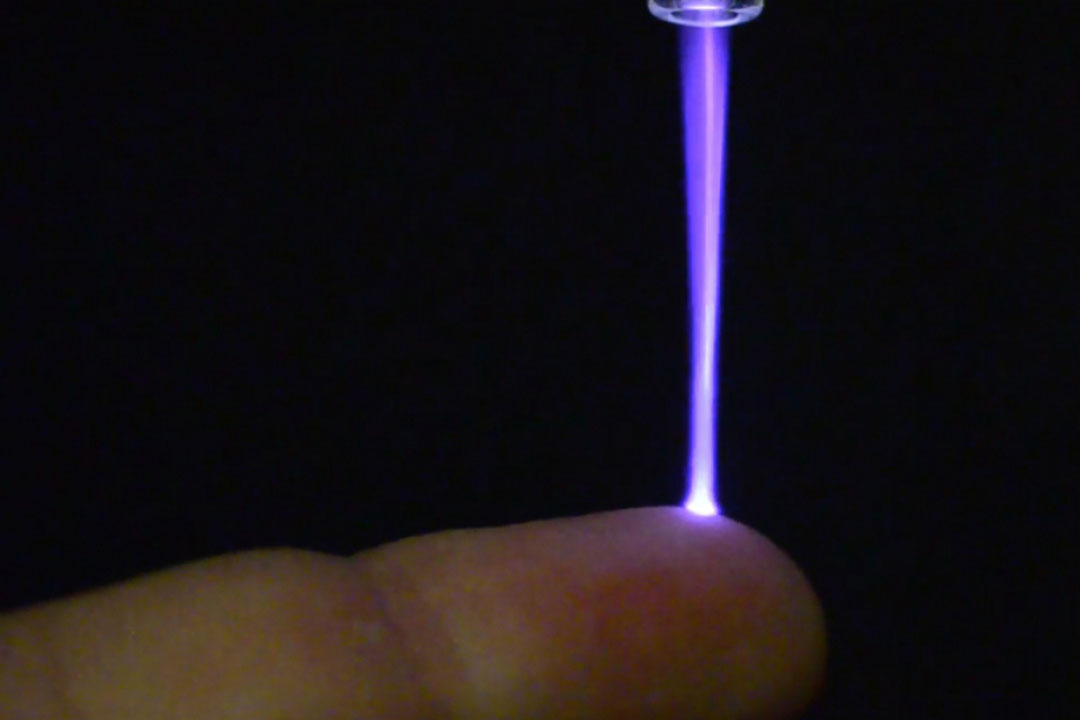 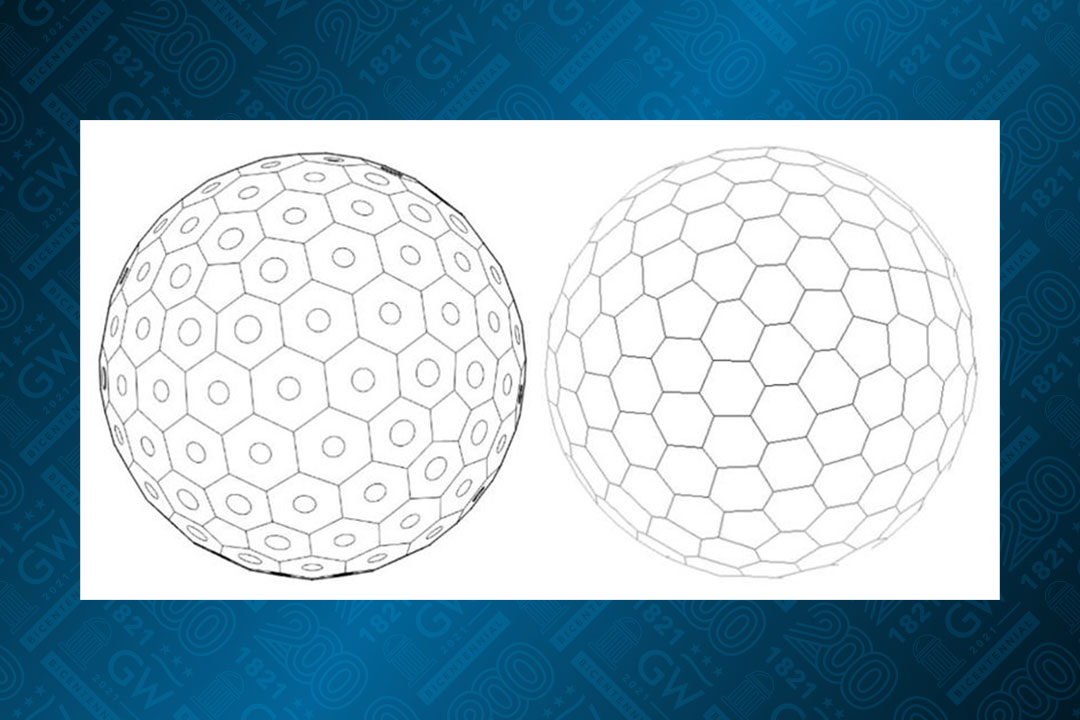 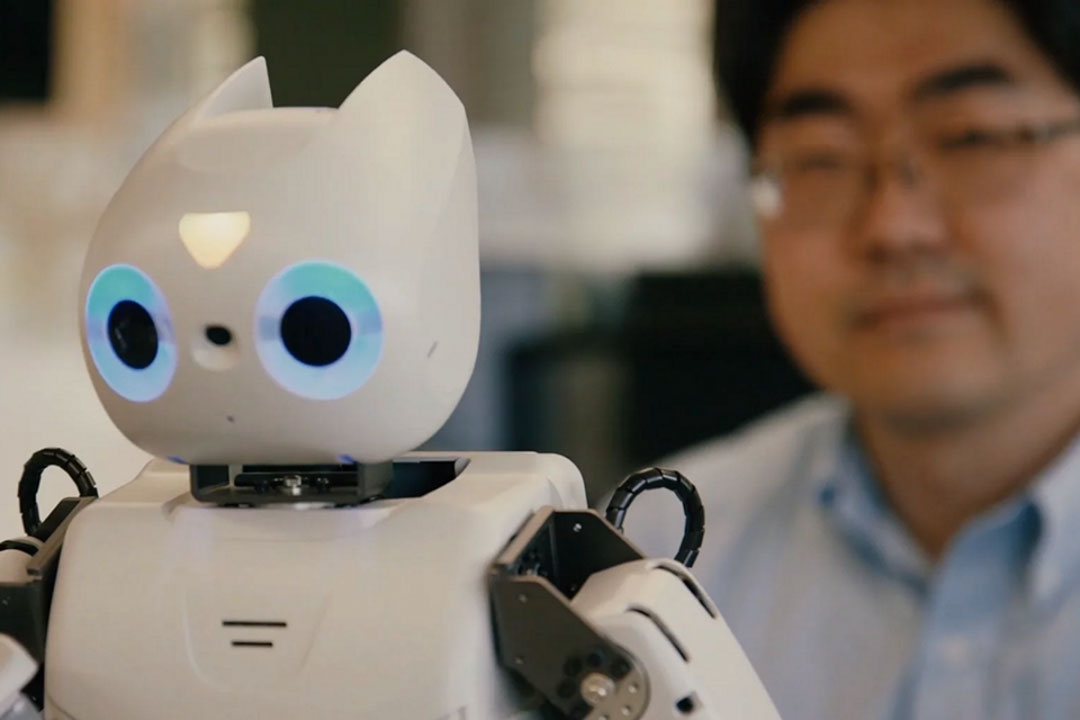 Listing all the innovations developed by GW faculty, students, alumni and staff over the past 200 years—or even the last 10—would be nearly impossible. Just a few include:

GW and its associated schools also have been home to notable entrepreneurs like Marjorie Meriweather Post, CEO and founder of the General Foods Corporation, who graduated from Mount Vernon Seminary and College in 1904 and ultimately became the school’s first alumna trustee and its financial savior. Ms. Post, who inherited the Postum Cereal Company from her father at the age of 27, eventually became one of the world’s richest women. (Ms. Post’s daughter, Dina Merrill, would attend one semester at GW before leaving to pursue acting; she would go on to co-found RKO Pictures.)

Alvan Macauley, president of the Packard Motor Company from 1916 to 1939, got his law degree from Columbian College. He is credited with making one of the earliest and most successful inroads into the mid-price car market.

The current GW community includes pioneering entrepreneurs—too many to list—in the fields of social enterprise, research and development, communications, sports, fashion and more.

Since 2009, GW’s New Venture Competition has launched new generations of innovators and entrepreneurs. The most recent winner, Omar Negrón Ocasio, provides clean drinking water to more than 5,700 individuals in Puerto Rico through his enterprise, Remora, which has a patent-pending solar-powered device capable of filtering 12 million gallons of waste annually of debris, microplastics, chemicals and other biohazards. 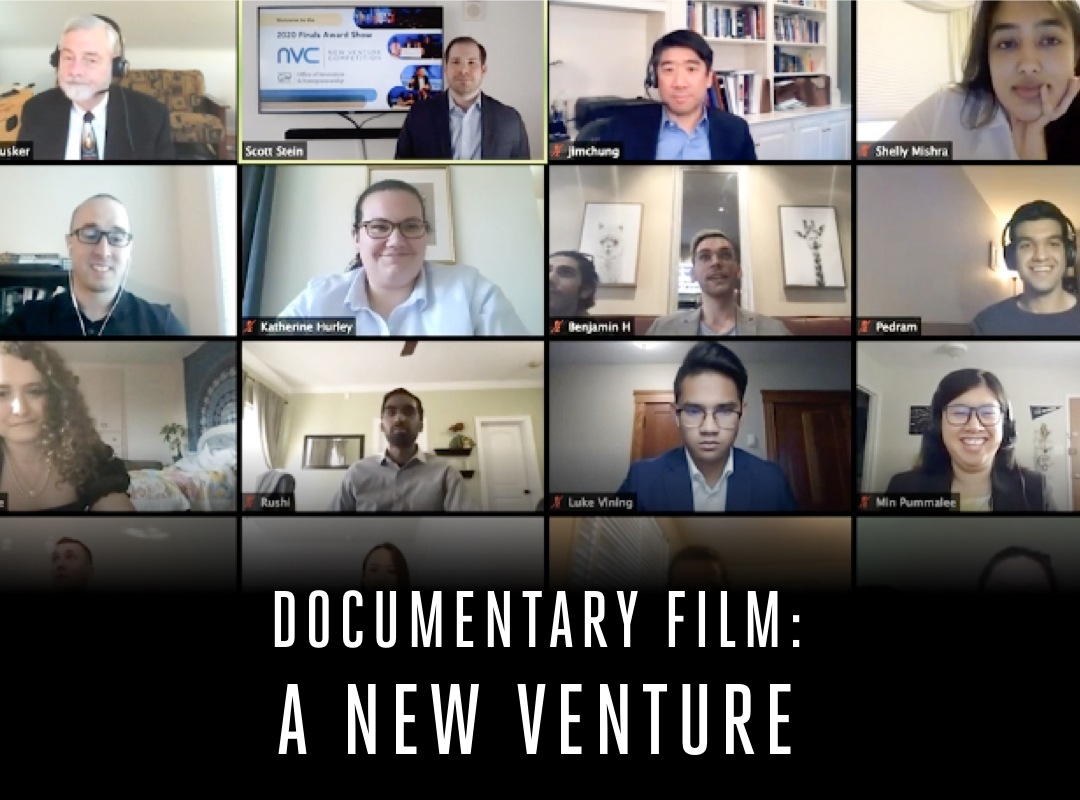 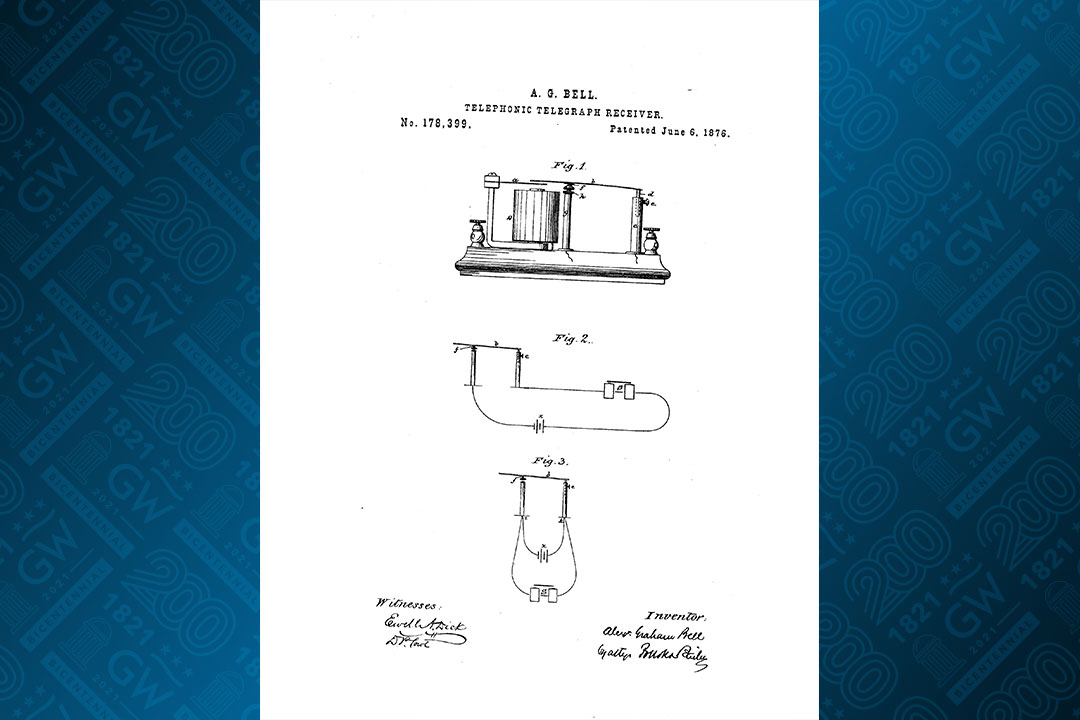 GW community members don’t just develop major innovations—they also help protect the innovations of others. Columbian College established its Master’s of Patent Law in 1895, by which time alumni had already written the patents for hundreds of inventions, including the linotype machine and the roll film camera. Alumnus Marcellus Bailey, an 1866 graduate, helped prepare Alexander Graham Bell's telephone patents as well as the basic patent for arc welding.

William Edgar Simmonds, a lecturer, became patent commissioner—the overseer of all patent organization for the United States Patent and Trademark Office—in 1891. Over a century later, Drew Hirshfeld, professor of intellectual property in the paralegal studies program of GW’s College of Professional Studies, was entrusted with the same post.

As is true throughout the field (PDF), the recorded history of GW’s inventors, patentholders and patent lawyers is largely white and male. GW Law alumnus Kenneth E. Jaconetty, J.D. ’88, bequeathed $2 million to a scholarship fund that will help combat that disparity by supporting law students from diverse backgrounds studying intellectual property law.