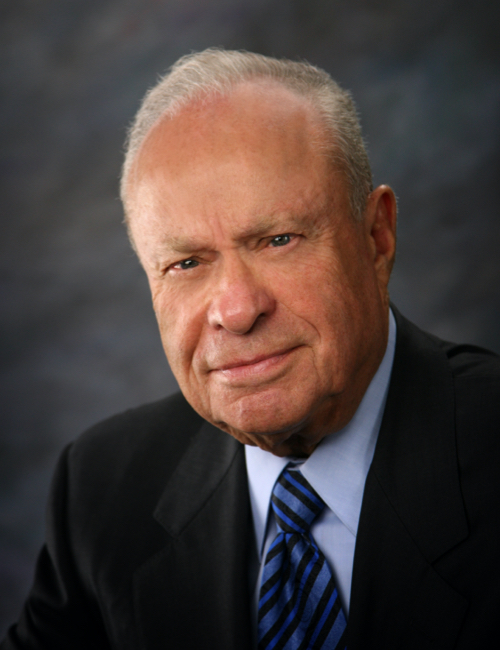 Monumental Achievement: After founding real estate company Lerner Enterprises in 1952 with $250 he borrowed from his wife, Ted Lerner grew the company into the largest private real estate developer and largest private landowner in the Washington, D.C. metropolitan area, with commercial, retail, residential and hotel properties in its portfolio. As the founding managing principal owner of Major League Baseball’s 2019 World Series champion Washington Nationals, Lerner brought baseball back to D.C. He served as managing principal owner until 2018, when he passed that responsibility to his son Mark. Lerner, whose family foundation funds many community organizations, has been recognized for his philanthropy and successes in many ways including the American Academy of Achievement's Golden Plate Award of Excellence; Washington Business Hall of Fame by Junior Achievement of the National Capital Area, and election to both the Jewish Community Center of Greater Washington Sports Hall of Fame and Washington D.C. Sports Hall of Fame.

For a lifelong baseball fan who worked as an usher in Griffith Stadium as a teenager, owning the 2019 World Series champion Washington Nationals is the realization of a lifetime dream. Since becoming the founding managing principal owner of the Nationals on May 3, 2006, Ted Lerner and his family have worked non-stop to build the Nationals into a world-class baseball team in their hometown. Knowing how important baseball is to the nation’s capital, Lerner and his family have made the team a winner and Nationals Park a major success for the fans and the District of Columbia.

Mr. Lerner has served on the board of trustees and executive committee of the George Washington University. Two buildings have been donated to the University - the Annette and Theodore Lerner Family Health and Wellness Center, the Theodore N. Lerner Hall at the GW Law School and the Lerner Family Hall at the GW Hillel. The private foundation of Lerner and his wife, The Annette M. and Theodore N. Lerner Family Foundation, provides support to many local and international organizations, including the Hebrew University of Jerusalem, the Weizmann Institute of Science, Junior Achievement of the Greater Washington Area, Georgetown Day School, Charles E. Smith Jewish Day School, The Jewish Federation of Greater Washington, B’nai Brith Youth Organization (BBYO), Washington Hospital Center Foundation, the Anti-Defamation League, the Jewish Community Centers of Greater Washington and District of Columbia, Imagination Stage of Bethesda, Food and Friends, YouthAids, The John F. Kennedy Center for the Performing Arts, and many more. Adding to this history of community involvement in the Washington area, the Lerner family has expanded its active participation in the region through Washington Nationals Philanthropies.

Lerner is a founding member of the United States Holocaust Memorial Museum. In 1990, the American Academy of Achievement awarded him the Golden Plate Award of Excellence. He was elected to the Washington Business Hall of Fame by Junior Achievement in 2003, and in 2007, he was honored as the charter inductee in The George Washington University School of Business Sports Executives Hall of Fame and the Jewish Community Center of Greater Washington Sports Hall of Fame. In 2014, he was inducted into the Washington D.C. Sports Hall of Fame and received the Thomas G. Corcoran Award by the University Club of D.C. In 2015, he was awarded the Urban Land Institute Lifetime Achievement Award. In November 2018, The Lerner · Cohen · Tanenbaum family received the Irene and Abe Pollin Humanitarian Award from the Bender Jewish Community Center of Greater Washington.