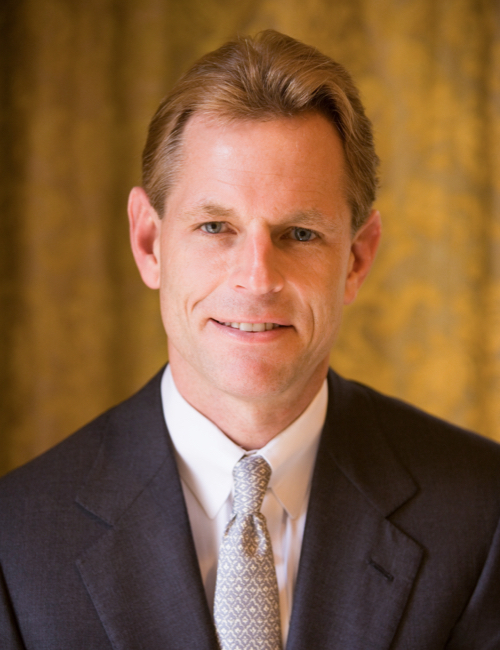 Monumental Achievement: Financier and philanthropist W. Russell "Russ" Ramsey is a great example of someone who equates success with generosity. Founder, chairman, and CEO of Ramsey Asset Management, a hedge fund management firm, Ramsey previously served as president and co-CEO at Friedman, Billings, Ramsey Group which raised $7 billion in capital for clients and had become the largest trading and investment banking firm in Washington in its first seven years. Newsweek magazine named Ramsey as one of its four "people to see" in Washington's finance community while the Northern Virginia Technology Council cited him as "Financier of the Year." He served as chairman and CEO of Washington 2024, leading an effort to bring the 2024 Summer Olympics to his native Washington, D.C.

"From my own experience, I can say that the time I spent at GW, the lessons I learned, and the friends I made, have stayed with me and continue to enrich my personal and professional life. I often tell people that GW changed the trajectory of my life in so many tremendous ways that I will forever be grateful and loyal to the university. Graduating from GW is one of the unifying points that connected me to a broader, lifelong and worldwide community."

W. Russell “Russ” Ramsey is a successful entrepreneur, financier, businessman, educational leader and philanthropist. Over the course of his career, he has built multibillion dollar businesses primarily in the fields of investment banking and money management, led a major university, invested in dozens of start-up companies and has been an active philanthropic investor, primarily helping at-risk families.

Ramsey is most widely known for co-founding Friedman, Billings, Ramsey Group (FBR) in 1989, a top-ten investment bank for which he was president and co-chief executive officer through 2001. He was responsible for many innovative and creative new businesses during his time at the firm. He created Ramsey Asset Management in partnership with FBR in 2001 and remained active with the firm until 2007 when he retired as a director.

Ramsey Asset Management (RAM) successfully sponsored and managed a series of institutional, limited-life alternative investment strategies, returning the last of its institutional capital in 2012. Today, as a single family office, RAM supports the investment and philanthropic activities of the Ramsey family.

Ramsey also served on the George Washington University (GW) Board of Trustees, beginning in 1998. From 2006 until 2013, he served two terms as chairman of the board, overseeing the creation and staffing of the university's first investment office, playing a critical role in the university surpassing the $1 billion threshold in its endowment, and directing several special board committees including the presidential search committee that selected the 16th president of the university, and Square 54 which oversaw the development and analysis of alternatives for monetizing the Washington Circle redevelopment.

Ramsey was elected chairman emeritus of GW’s board of trustees in 2013, and was presented with a doctor of public service, honoris causa, in May 2014.

In March 2014, Ramsey was named chairman and CEO of Washington 2024, where he, along with vice chairman Ted Leonsis, oversaw the organization charged with securing the nation’s capital with the 2024 Olympic and Paralympic Games. After the United States Olympic Committee awarded the U.S. bid to Boston in early 2015, Ramsey was at the forefront of conversations and organized efforts to capture the energy sparked by the campaign and redirect it toward the economic prosperity of the greater Capital Region.

In 2016, these efforts led to the formation of the Greater Washington Partnership (GWP), a first-of-its-kind collaboration of CEOs in the greater Washington region, spanning the nation’s third largest economy from Baltimore to Richmond. The Partnership is addressing the critical economic issues facing the region to ensure it remains one the world’s best places to live, work and build a business. GWP is now working to advance inclusive, actionable solutions that strengthen the regional economy and position greater Washington as a leading global region and center for commerce and innovation. Ramsey is co-founder and board chair of GWP.

Ramsey is a native Washingtonian. He attended GW on a baseball scholarship (and is a member of the GW Athletic Hall of Fame and All-Century Team). He lives with his wife, Norma, in Northern Virginia and has four children – Paige, Mark, Eric and Samantha. Through the W. Russell and Norma G. Ramsey Foundation, the Ramseys are actively committed to philanthropic causes that provide education and wellness programs to those in need.