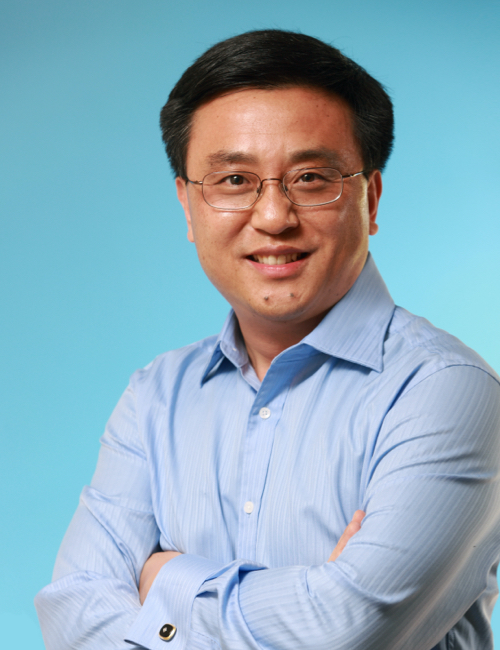 Monumental Achievement: World-renowned scientist and business executive Ya-Qin Zhang has made significant contributions to the tech industry through his 550 publications, 62 U.S. patents, and a number of innovative engineering achievements. In October 2019, he retired as the president of Baidu, a technology giant providing services ranging from mobile internet to cloud computing to more than two billion people throughout the world. Zhang has received numerous awards including: election to the American Academy of Arts and Sciences; induction to the Australia National Academy of Engineering; and being named an Institute of Electrical and Electronics Engineers Fellow at the age of 31, making him the youngest scientist to win this honor in the 100-year history of the organization. He was named one of the top 10 CEOs in Asia, CEO of the year, 50 global shapers, and top 10 innovators by IT Times, CNBC, Business Week, and Global Business Magazine.

"Coming to Washington, D.C. in the mid-80s was such a life-changing experience for a 20-year old student from China. GW completely transformed my life and laid the very foundation for my future career."

Dr. Ya-Qin Zhang is chair, professor and dean of the Institute for AI Industry Research (AIR) at Tsinghua University, Beijing. He previously served as the president of Baidu Corporation, a leading internet company based in Beijing, China, with over 40,000 employees. Zhang joined Baidu from Microsoft, where he most recently served as corporate vice president and chairman of its Asia R&D Group, leading Microsoft’s overall research and development efforts in the Asia-Pacific region. During his 15-year tenure at Microsoft, he held various other key positions, including managing director of Microsoft Research Asia, chairman of Microsoft China, and corporate vice president of mobile and embedded products division. In 1997, Zhang—then in his early 30s—became the youngest ever fellow of the Institute of Electrical and Electronics Engineers (IEEE). He has published more than 500 papers in leading international conferences and journals, and has been granted more than 60 U.S. patents in digital video, internet, multimedia, wireless, and satellite communications. Zhang received bachelor of science and master of science degrees in electrical engineering from the University of Science and Technology of China in 1983 and 1985, respectively, and a doctor of science degree in electrical engineering from GW in 1989.